Ambassador: Malaysia will continue to support Azerbaijan in Karabakh issue until just solution is found - INTERVIEW

Ambassador: Malaysia will continue to support Azerbaijan in Karabakh issue until just solution is found - INTERVIEW 'Currently Malaysia and Azerbaijan are working on MoU for avoidance of double taxation'
2201 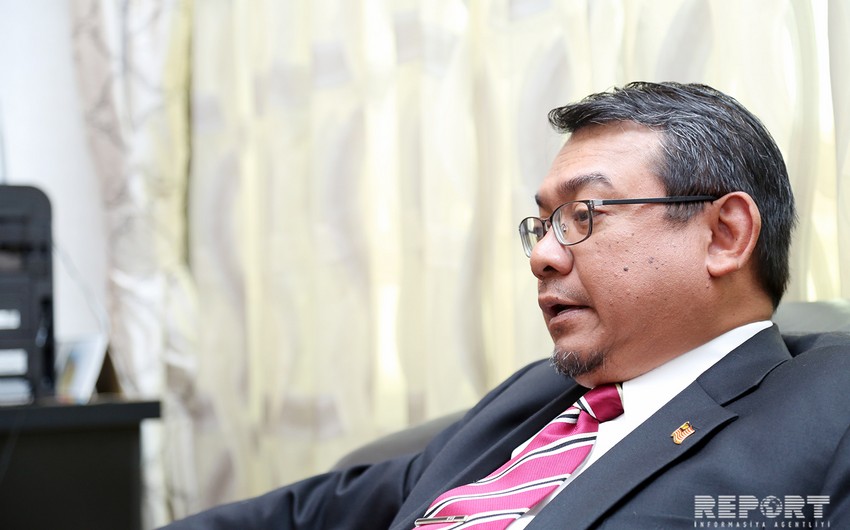 - How do you assess the development of Azerbaijani-Malaysian relations since the opening of a diplomatic mission of your country in Baku?

- Malaysia established its embassy in Baku on 1 April 2014 and an official opening ceremony was held on 12 September 2014. The Prime Minister of Malaysia had an official visit to Azerbaijan and participated at the opening ceremony of the Embassy. During these two years we have witnessed many high level meetings and exchange of visit between Malaysia and Azerbaijan.

Currently Malaysia and Azerbaijan are working on MoU for the avoidance of double taxation. It is almost completed for signing.

- What can you say about our economical cooperation? What was the amount of turnover in 2016? Did the economic slowdown affect our trade turnover?

- Both countries are interested in mutual economic cooperation. The preparation of the above mentioned MoU on the avoidance of double taxation is the one of the proofs for that. From January until September 2016, Malaysia's exports to Azerbaijan amounted $ 6,292 million, decreased by 76.85% from $ 26.863 million in 2015. This is mainly due to decrease of the imports of electronics and electrical products to Azerbaijan.

Azerbaijan exports to Malaysia amounted to $ 226,290 a decrease of 60.53% from $ 573,338 in 2015. This was due to less imports of machineries and base metal tools and cutleries. Due to decrease in copper items, paperboards and tins, Malaysia export to Azerbaijan has decreased 76.93% from $ 26.289 million. Total decrease in turnover is due to the economic slowdown both in Malaysia and Azerbaijan.

Trade will pick itself up sooner or later, once we have more people to people relations. Of course, the competition of Malaysian goods is higher in comparison with neighboring countries but shipping them from Malaysia to Azerbaijan will cost a lot.

- As Malaysia and Azerbaijan are two oil producing countries are there any steps are going to be taken both on bilateral and multilateral ties in order achieve the raise of oil price and development of non-oil sector?

- Malaysia is always looking for further involvements not only in Azerbaijan but everywhere. As you know, prices for oil have sharply gone down since 2015 and of course this seriously affects the oil companies, as well as, our National Petroleum Company PETRONAS. But still, PETRONAS is very keen to venture for further development in cooperation with SOCAR.

PETRONAS has a lot of experience in downstreaming industries based on oil, such as fertilizers, jet fuel and others. Collaboration in this field with SOCAR could be extended in the future. PETRONAS is open to collaborate with SOCAR in other sectors, as well.

- Are there any updates on cooperation between SOCAR and PETRONAS?

- PETRONAS has been actively involved in the oil and gas sector in Azerbaijan. The current revenue for PETRONAS is the Shah Deniz platform with production of approximately 35,000 barrel of oil equivalent per day for its 15.5% equity. PETRONAS is also involved in the Shah Deniz-2 project that includes South Caucasus Pipeline Expansion (SCPX). Approximately $ 700 million have been invested by PETRONAS this year for these projects. The first gas delivery is expected in 2018. Total expenditure by PETRONAS in Azerbaijan thus far, is estimated around $ 4 billion.

PETRONAS is also looking at potential business in Azerbaijan such as Shah Deniz-3, which PETRONAS has agreed with BP to drill a deep water well for this gas field (the well name is Pre-Fasila) at a total cost of approximately $ 500 million gross.

In 2016, PETRONAS has also signed two MoUs with SOCAR to explore the oil production opportunity in the Goshadash block and also to supply LNG to SOCAR for their power projects worldwide (especially India, Egypt & Malta). We look forward to these cooperation.

- What can you say about cooperation in tourism? Are there any talks on launching direct flights between Baku and Kuala-Lumpur?

Speaking about direct flights between Kuala-Lumpur and Baku, currently we do not have this opportunity yet. But I strongly believe that the proposal of doing so will benefit both countries. We have one of the leading budget airlines Air Asia which is flying to Tehran from Kuala Lumpur and we will try to bring them to Azerbaijan, so they could also fly to Baku from Tehran and to Tehran from Baku and then to Kuala Lumpur. The prices are competitive, the airfare will be around $ 300- 500 depending on the dates and availability of tickets.

- Tourist visits from Azerbaijan to Malaysia in 2016 was estimated at 923, while this figure was 1174 in 2016 and 1585 in 2015. After the devaluation of manat, ringgit got stronger to manat and this could be one of the reasons for the falling figure of tourist visits. But still, as I mentioned above manat is still stronger than ringgit.

"Tourism Malaysia" is collaborating with local tourism and airline companies in European countries to share resources to promote Malaysia and to encourage Europeans, including Azerbaijanis, to visit Malaysia.

- April last year was marred by skirmishes on the line of contact between Armenia and Azerbaijan. Recently, Armenia violated several times the ceasefire on Line of Contact. How Malaysia can assist in order to bring peace to the region of South Caucasus?

- Malaysia and Azerbaijan share common positions in many international issues of mutual interest. Malaysia, in line with the principle of Islamic solidarity, continues to support resolutions issued by the Organization of Islamic Cooperation (OIC) on the Nagorno-Karabakh conflict. On 19 June 2014, the 41st Session of the OIC Foreign Ministers adopted a number of resolutions, which Malaysia strongly supports, related to Armenia's aggression against Azerbaijan. We call upon the international community to work towards a just solution to this conflict. Malaysia also co-sponsored the United Nations General Assembly (UNGA) Resolution 62/243 entitled 'The Situation in the Occupied Territories of Azerbaijan. It became the fifth UN document concerning Nagorno-Karabakh and the first UNGA document on it. Malaysia will continue to support Azerbaijan in the Nagorno-Karabakh issue until a just solution is found.

- Are there any visits of officials expected this year?

We expect more visits to happen this year, as well. We also look forward to welcome your president in Malaysia. This may happen by this year or sooner and we are working on the time. Hopefully there will be mutually agreeable time for this inaugural and historic visit.

- This year is celebrated in Azerbaijan as the Year of Islamic Solidarity. How does Malaysia assess this step and can we expect any events in this area?

For sure, the Games will put Baku on the world map and from 12 till 22 May all eyes will be on Baku. I have also given talks in various Azerbaijani Universities in conjuction with the year 2017 being announced as "A Year of Islamic Solidarity". We share many common values and of course Islam is our common religion and heritage. That, without any doubt, helps us to increase the level of our relations. 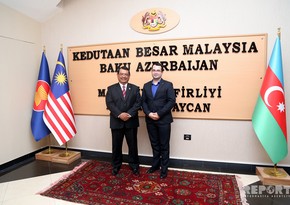 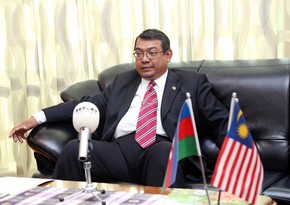 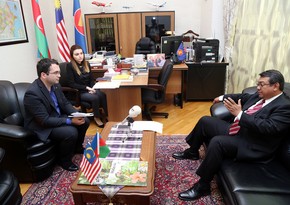 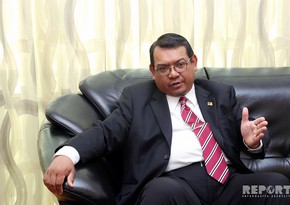 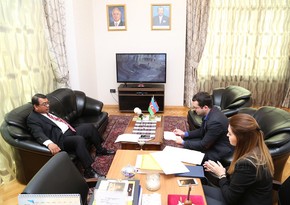 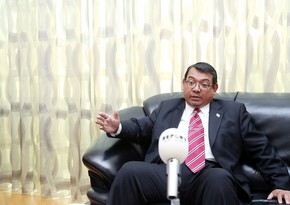 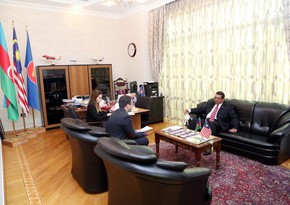