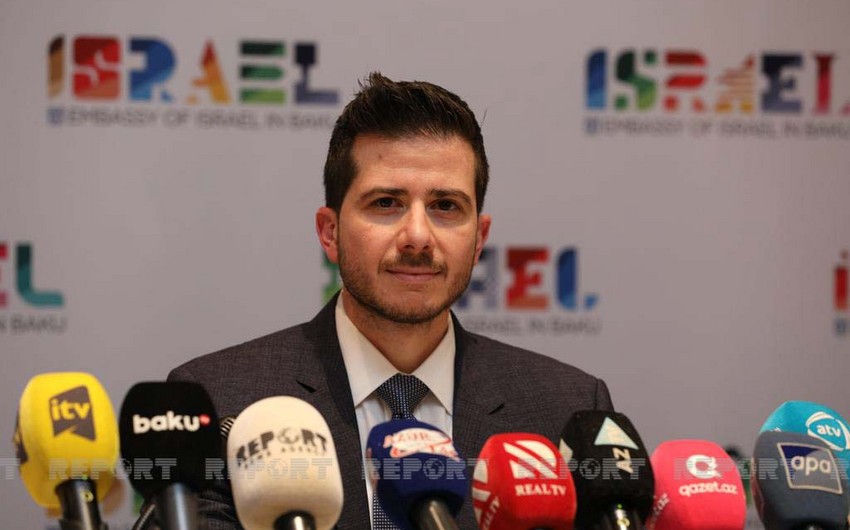 For 30 years since the establishment of diplomatic cooperation, Israel and Azerbaijan have been able to build strategic relations, Israeli Ambassador to Azerbaijan George Deek said at a press conference, Report informs.

He noted that relations between the countries have deep roots and have gone through many trials, especially over the past two years: “Relations with Azerbaijan have been tested during the 44-day war.”

Deek noted that cooperation between Israel and Azerbaijan is developing in a number of areas, including healthcare.

The ambassador reminded that 30 years ago, Israel was one of the first countries to recognize the independence of Azerbaijan. He noted that relations between the countries are based on a more ancient history than just 30 years, and the largest Jewish community among all Muslim countries lives on the territory of Azerbaijan.