Ambassador: I would like at least 10 million of 270 million Indonesians to visit Azerbaijan

Ambassador: I would like at least 10 million of 270 million Indonesians to visit Azerbaijan Husnan Bay Fananie: "I urge the Azerbaijani businessmen to invest in Indonesia" 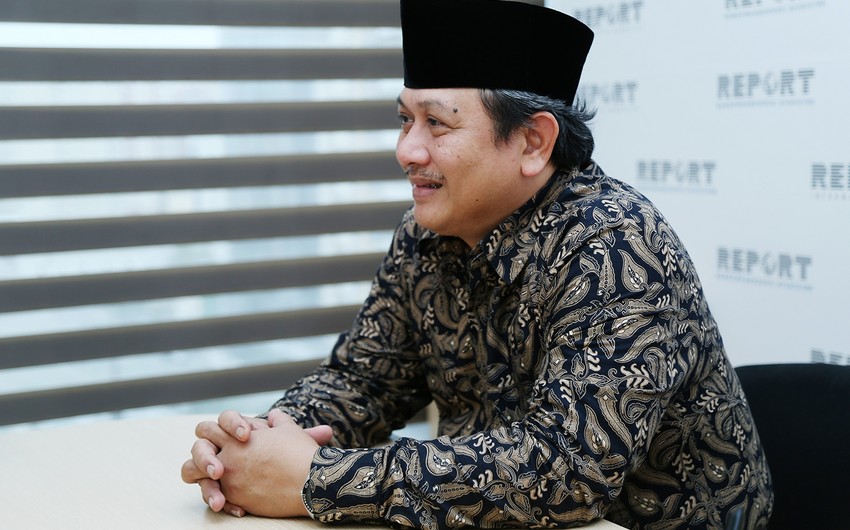 Report was told by the ambassador, Indonesia, being a vast country, has large deposits of minerals: "In addition to oil and gas, we have deposits of gold, nickel, aluminum, iron. Some of these mines even haven’t been explored. It would be a good prospect for our cooperation. We also would like to see the Indonesian investors making  the investments in Azerbaijan, for example in the field of construction, infrastructure."

The Ambassador also expressed hope that Azerbaijan will increase the number of selling the Indonesian products.