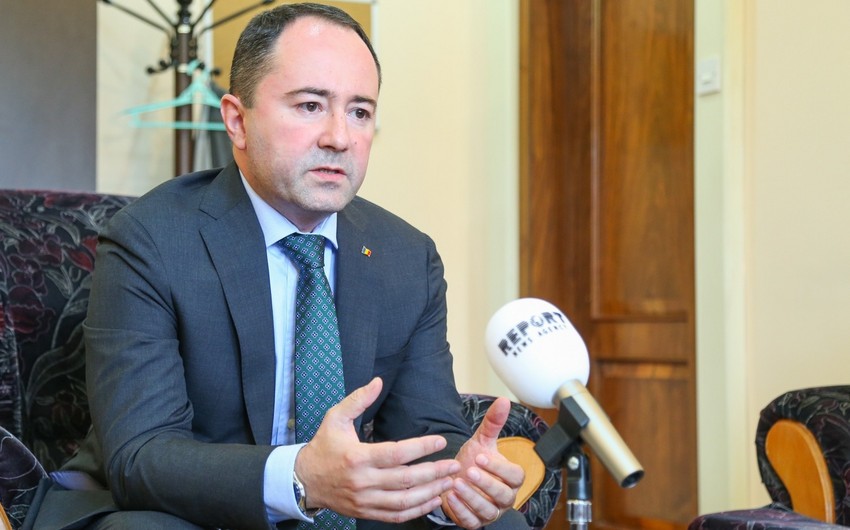 Baku. 5 March. REPORT.AZ/ The recent meeting on the transport corridor Black Sea – Caspian Sea reconfirmed the political will of the four countries to advance their joint initiative, Ambassador of Romania to Azerbaijan Dan Iancu said to Report.

"The recent Meeting of the Foreign Ministers of Azerbaijan, Georgia, Romania and Turkmenistan, held in Bucharest on 4 March, reconfirmed the political will of the four countries to advance their joint initiative of the transport corridor Black Sea – Caspian Sea", he said.

He noted that it is an initiative which will bring tangible benefits not only to the four countries involved, but also to the overall region, through improved connectivity and predictable operational frameworks.

"Moreover, it dovetails with other regional projects under discussion or underway - such as the East-West corridor developed by Azerbaijan. Romania is confident that the Black Sea-Caspian Sea Transport Corridor will be an important contribution to the development of the Connectivity Strategy of the European Union, playing a major role in linking the regions of Southern Caucasus and of Central Asia to the Central and Northern Europe", the Ambassador concluded.