China to respond to U.S. admiral visit to Taiwan

China to respond to U.S. admiral visit to Taiwan A two-star Navy admiral overseeing U.S. military intelligence in the Asia-Pacific region has made an unannounced visit to Taiwan, two sources told Reuters on Sunday. 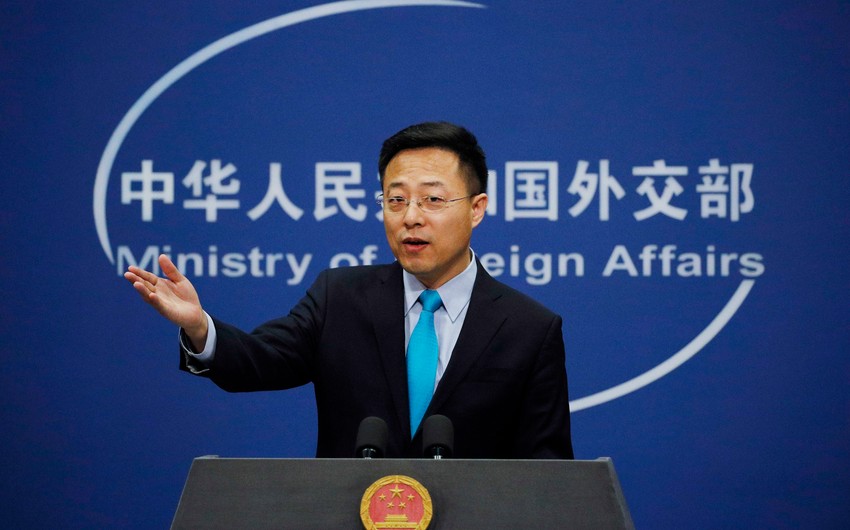 China will respond to the reported visit of a U.S. Navy admiral to Taiwan and firmly opposes any military relations between Taipei and Washington; the Chinese Foreign Ministry said on Monday as a senior U.S. official praised their ties with Taipei.

A two-star Navy admiral overseeing U.S. military intelligence in the Asia-Pacific region has made an unannounced visit to Taiwan, two sources told Reuters on Sunday. Neither Taiwan nor the United States has officially confirmed the trip.

The Trump administration has ramped up support for Taiwan, including with new arms sales, alarming China, which views the democratic island as one of its provinces with no right to state-to-state ties.
Foreign Ministry spokesman Zhao Lijian said China "resolutely opposes" any form of exchanges between U.S. and Taiwanese officials or the two having military relations.

China urges the United States to recognize the Taiwan issue's extreme sensitivity fully, Zhao told a news briefing.
"The Chinese side will, according to how the situation develops, make a legitimate and necessary response," he said, without elaborating.

China reacted with fury when the U.S. Health Secretary Alex Azar came to Taipei in August, followed by U.S. Undersecretary of State Keith Krach in September, sending warplanes near to the island each time.
Speaking during a visit to Manila, White House national security adviser Robert O'Brien underscored the U.S. commitment to Taiwan, saying that they have a lot in common as democracies.

"I can't imagine anything that will cause a greater backlash against China from the entire world if they attempted to use military force to coerce Taiwan," he said. "The U.S. is with her friends in Taipei. We will continue to be there."

In Beijing, Zhao also expressed displeasure with signing a memorandum of understanding on economic exchanges following a meeting between Taiwanese and U.S. officials in Washington.
China has already lodged "stern representations" with the United States, which should stop having these kinds of interactions with Taiwan, he added.