Victory over "Barcelona" lifts shares value of Roma FC by 19.8%

Victory over "Barcelona" lifts shares value of Roma FC by 19.8% Peak value of stocks coincided with the victory over "Qarabag" 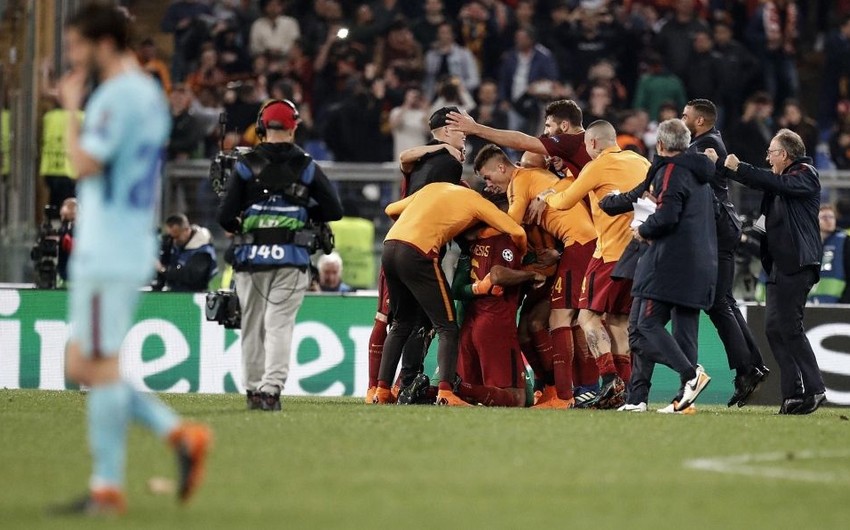 Baku. 12 April. REPORT.AZ/ At the Champions League 1/4 finals, Spain's Roma club has increased its value by 19.8% after Spain overtook Barcelona.

Report informs, the growth was recorded on the Roman stock exchange. The club's shares were sold on March 13 for 0.6 euros at the time when “yellow-reds” in the response to the Ukrainian Shakhtar club in 1/8 finals. However, after determining that he will face Barcelona in the 1/4 finals, the value of shares of “wolves” has dropped by 4%. Since then the decline has continued to 12.5 %. But a few hours after the 3: 0 victory over Barcelona, the value of shares increased and one was sold for € 0.49.

The shares of Roma have not only increased due to the sports results. In April last year, after the appointment of Ramon Monchi from the Spanish Sevilla as director of sports, the value of shares increased by 16.7 percent in one week.

Monchie is considered to be one of the best sports directors with the ability to identify and reveal cheap talents.