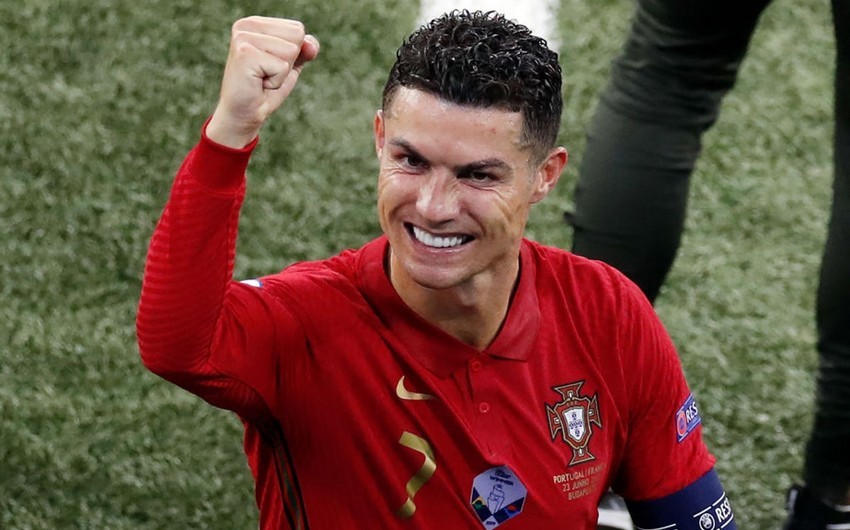 The striker of Manchester United and the national team of Portugal, Christiano Ronaldo, has been included in the Guinness World Records for the number of goals scored on the level of national teams.

Report informs, citing foreign media, that Cristiano posted a picture of himself holding the prestigious award on his Instagram handle and captioned it as:

"Thank you to the Guinness World Records. Always good to be recognized as a world record-breaker. Let's keep trying to set the numbers even higher!"

In the World Championship 2022 qualifier against Ireland (2:1), Ronaldo made two stunning late headers to hand Portugal a thrilling 2-1 victory over the Republic of Ireland and took his goal tally to 111.