Roman Hryhorchuk speaks about his fate in "Gabala" FC

Roman Hryhorchuk speaks about his fate in "Gabala" FC "Today there was a strange silence, as of there was no football match" 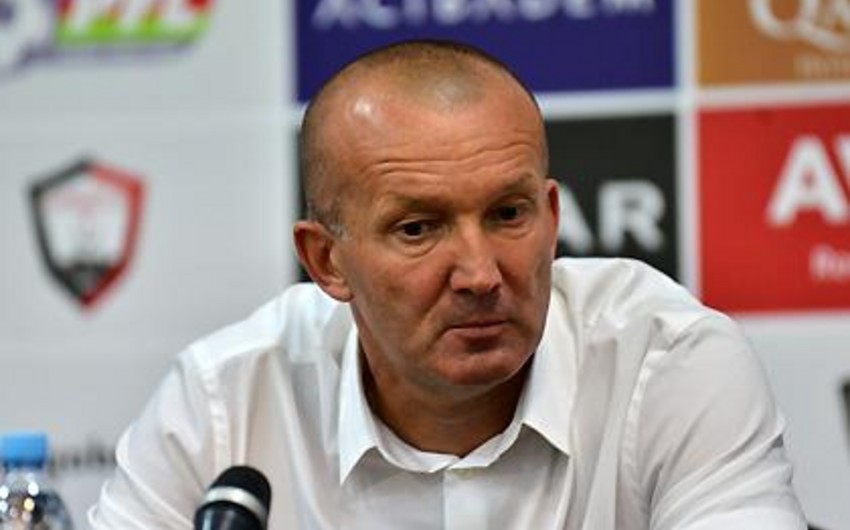 Gabala. 24 April. REPORT.AZ/ "Victory helped us to secure the second place. I'm happy about it."

He said that in order to be a champion team must be superior in many factors. Ukrainian specialist complained that in some meetings there were many goal situations but they didn’t manage to distinguish: “There are many reasons. There is not enough time to count them all. It is difficult to say exactly when we lost our championship. There are 28 matches in championship. To be a champion we had to win the games where we were super. I had many matches in my career. But today there was a strange silence, as of there were no football match". There are such moments."

R. Hryhorchuk said they will try to win "Karabakh" in Azerbaijan Cup final match to be held on May 5, in Nakhchivan and complete the season with the title: “There is no favorite in final matches. We will meet "Karabakh" that we won a couple of times. We have a chance. We will try to use this opportunity. If we get the title, it will be a great success for "Gabala". It was a very important and successful season. We have performed in group stage of the Champions League. We have fought for the championship and reached the Cup final. In other words, we have realized maximum potential."

To the question “Is your fate in "Gabala" depends on cup final?" the coach said: "It is necessary to think constantly about development. I need to talk with management. We must clarify our prospects and goals."