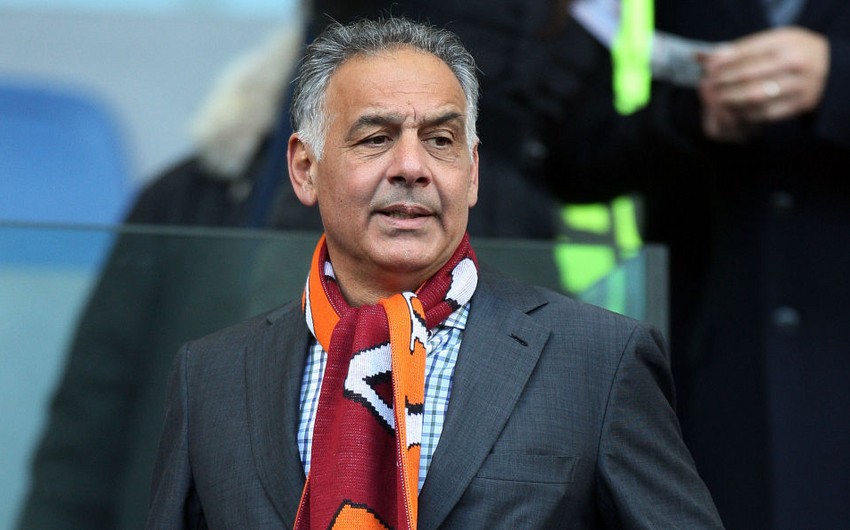 Baku. 11 April. REPORT.AZ/ "This is the best victory and the fantastic night".

Report informs, said James Pallotta, President of Italy’s Roma club after the return match in the semifinal phase of Champions’ League in which they defeated the Spain’s Barcelona with 3:0 score. The US-origin sporting official stated their full domination during the match: "We have realized an unbelievable goal. We had a bad luck in the first match. And this time we took revenge for our past defeat by a score of 1:4.

Pallotta also stated: “We also experienced good feelings when we kicked a goal to Garabag FC in the last game of the group phase. But our today’s joy is endless. Today’s achievement of Roma is unforgettable".

Pallotta emphasized that the replacement of head coach Eusebio Di Francesco played special role in complete destruction of Barcelona. He stated their readiness to fight any rival after defeating the Spanish giant: "We are already in the list of the 4 strongest clubs. I have never witnessed such play of our team. We have demonstrated our ability to play excellently. This was our best play throughout my 5 years’ club presidency tenure".

Notably, during the group phase, Roma defeated Garabag by a score of 2:1 in Baku and by a score of 1:0 in the capital city of Italy. And in 1/8 final where the "wolves" ascended up to the level of group leader, prevailed over Ukraine’s Shakhtyor club thanks to the visiting goal - 1:2, 1:0.