Pepe: 'I don't miss Mourinho' The defender says he has drawn a line under the Portuguese's reign at the club 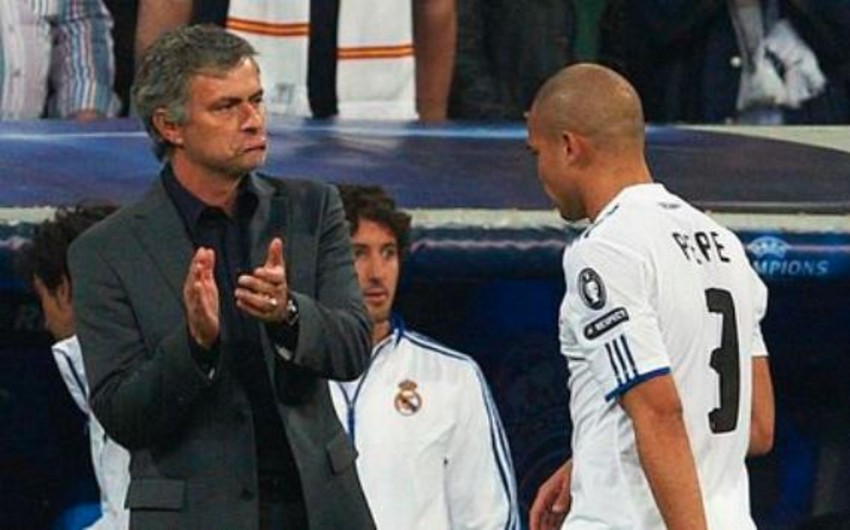 Baku.14 March.REPORT.AZ/Real Madrid defender Pepe has admitted he does not miss Jose Mourinho and is happy Carlo Ancelotti is now in charge at the Santiago Bernabeu.

Mourinho said farewell to Madrid in the summer of 2013 after three seasons at the helm, with his final months in charge marred by reported bust-ups with several high profile players, including Pepe.

"I don’t miss Mourinho. It was a different era which is over," the centre-back told COPE.

"Ancelotti is not too lenient with us. He has a very distinguished curriculum and he demands a lot from us. Our training sessions under Ancelotti are much more intensive than they were under Mourinho.

"I thank God that I’ve a coach like him, he’s really helped me a lot. He tells me: ‘Pepe, with your quality, you’ve got to anticipate play. You’re fast and strong and you read the game well. You need to be focused’."

A number of recent reports suggested Ancelotti's job is in danger following Madrid's disappointing start to 2015, which has seen them lose top spot in La Liga to Barcelona, but Pepe is reading little into the speculation.

"Ancelotti will continue, there’s no doubt about that. He’s a great coach and in a short space of time has brought us a lot of happiness".