Next stage draw of Champions League to be held today 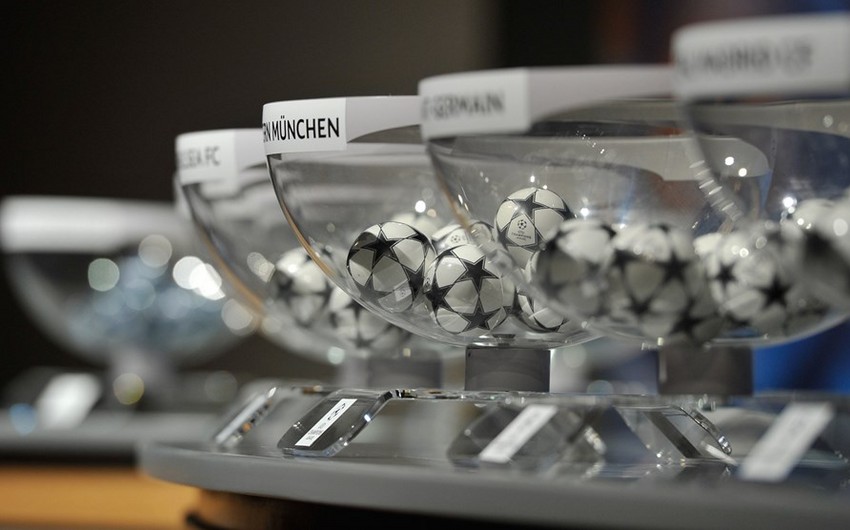 Baku. 14 December. REPORT.AZ / Today draw of next stage in European Cups on Football will be thrown in Nyon city of Switzerland.

In ceremony, to be held at 15:00 Baku time, winners and runners up will be in different baskets. Totally, clubs of 10 countries will attend 1/8 final stage. They will be divided into 2 baskets in accordance with places held in group stage:

At 16:00 Baku time, draw of 1/6 final stage of European League will be thrown up. Group winners take place in limped out's basket. Runners-up is in basket of non-limped out's. Clubs of CL are divided between two baskets according to rating.

Two teams of same country as well as teams from Russia and Ukraine cannot meet in this stage.