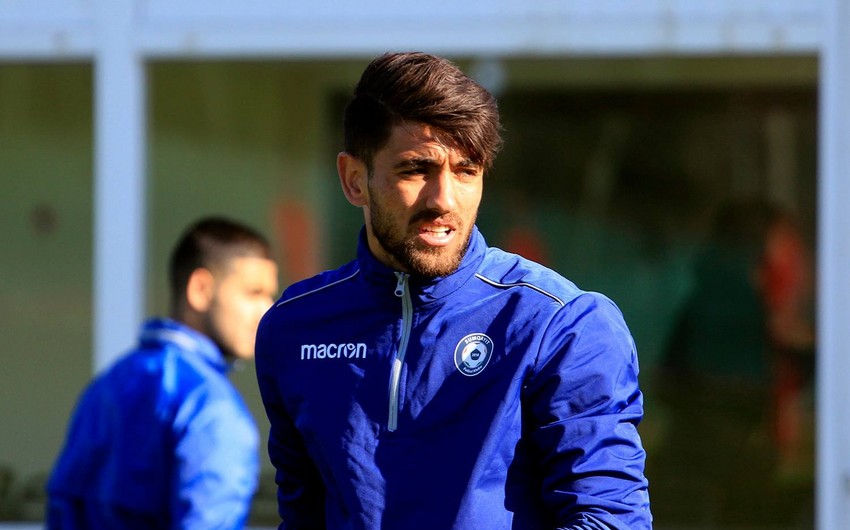 - How did your transfer to Sumgayit FC take place?

- There were several factors playing a role in my transfer. First, unlike my country, Azerbaijani clubs, including Sumgayit, have access to the European Cup. This is a chance for all players who want to assert themselves in Europe. On the other hand, because I'm from Tabriz, I have no problem with the language. I have played in three teams in Iran and all of them represent the Iranian province of West Azerbaijan.

- So, you are a son of an Azerbaijani family?

- Yes. I am proud of being Azerbaijani.

- What is your plan behind being leased to Sumgayit?

- The transfer to this club is a new page in my career. Although my contract period is 1.5 years, I want to show my best side and qualify for Euro Cups. That's my main goal.

- Although you come to Sumgayit FC from Machine Sazi FC, you are the trainee of Tractor Sazi FC, the famous Tabriz club ...

-True. I started with the football school of Tractor Sazi. I played within the low age groups for 6 years and 2 years in the main team. Since I was 18 at that time, I have not played a lot, showing only in six games. At times of Toni Oliveira, I was a reserve player therefore I moved to Foolad F.C. Then I transferred to Machine Sazi FC.

- What  do you know about Azerbaijani football?

- I have seen Qarabag's matches in the Champions League and Europa League. I attended the match with England’s Arsenal at the Baku Olympic Stadium. I also watched the matches of "Neftchi", "Sumgayit" and "Gabala". I would like all the teams here to be known in Iran.

- You have been training in Sumgayit for several days. What are your impressions about your new coach and teammates?

Everything is going well. We have a good team, an excellent coach. Everyone supports me from the very first day. I feel at home. I am convinced that in such an environment, I will be able to show my best side. There are other strikers in the team. We will compete in a friendly atmosphere.