Germany's Marco Reus will not to play against Azerbaijani team 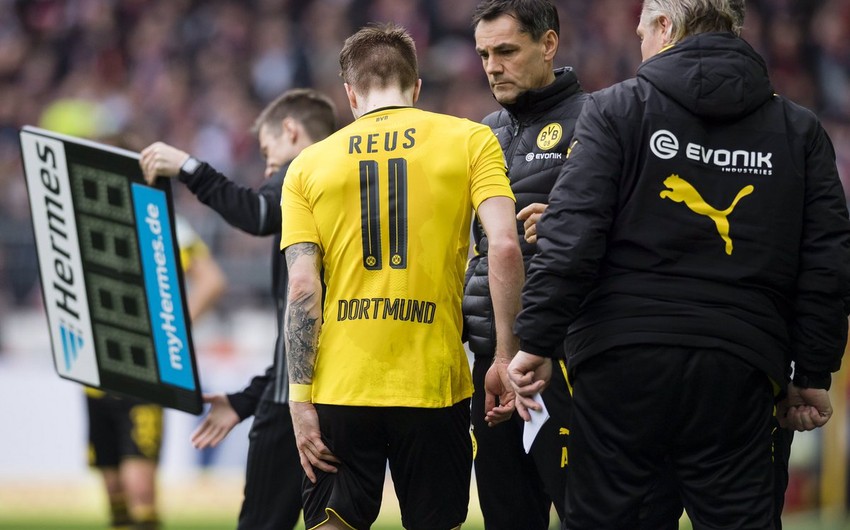 Baku. 6 March. REPORT.AZ/ Player of German national team Marco Reus will not play at the 2018 World Cup qualifying match against the national team of Azerbaijan.

Report informs, this is due to injury of the 28-year-old half-back of Borussia Dortmund at the 23rd match German championship with Bayer Leverkusen.

M.Reus tore muscle fibres in the back of his thigh in the 6-2 Bundesliga victory over Bayer Leverkusen. He was replaced in the 44th minute.

The player will miss the club's match against Benfica at the Champions League 1/8 finals, on March 8. He also will be absent in Azerbaijan-Germany match, to be held at the Republican Stadium named after Tofig Bahramov, on March 26.

Notably, Mario Gotze, another footballer of the German national team and Borussia Dortmund will not play at the match with Azerbaijan due to injury.