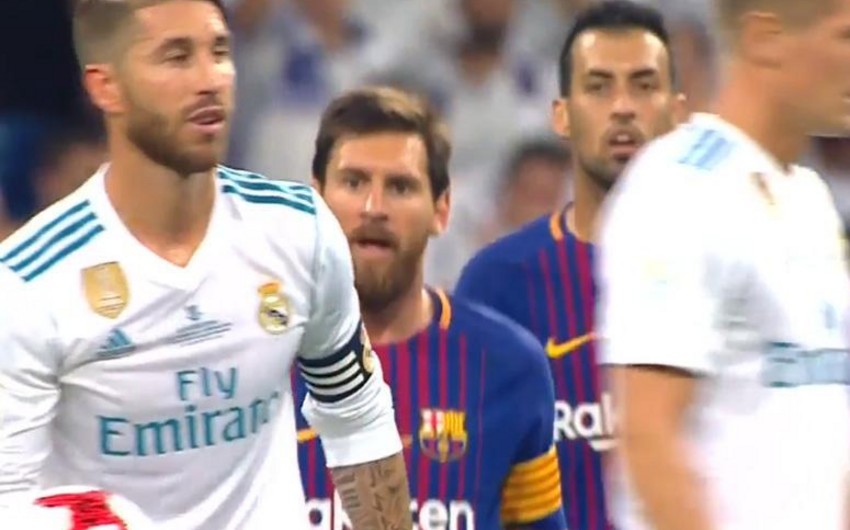 Baku. 17 August. REPORT.AZ/ The incident occurred between the captains during Spain Super Cup 2nd leg of Real Madrid and Barcelona.

Report informs, Lionel Messi insulted Sergio Ramos during away match after the Spanish player wind the Argentine up.

Lionel Messi asked Ramos for the ball back midway through the second half.

Ramos extended his arm out, suggesting he was about to give the Argentine the ball, before chucking it away as Messi reached in to grab it, prompting Messi to echo a few, probably unsavoury, sentiments of his own towards Ramos.

Notably, Real Madrid won Barcelona 3:1 at away match, while 2-0 at home and got the Spanish Super Cup for the 10th time in its history.