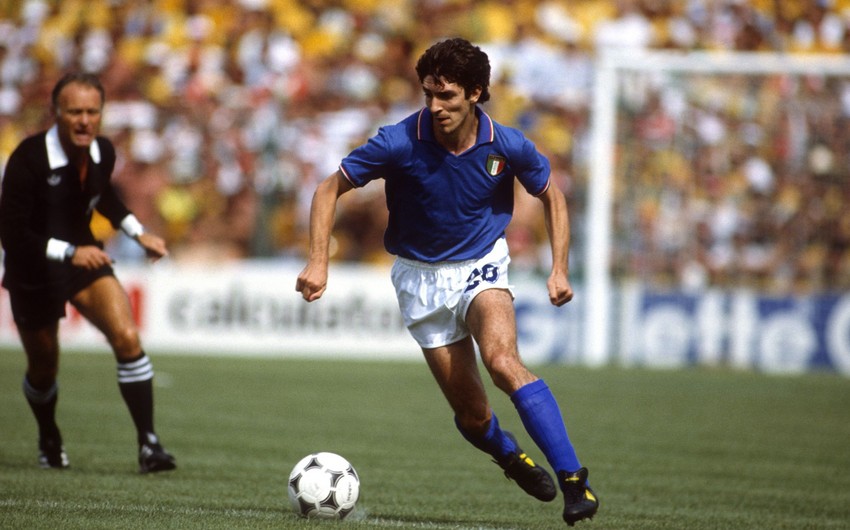 Former Italian footballer Paolo Rossi, who led the national team to victory in the 1982 World Cup, has died aged 64, his family says.

His wife Federica Cappelletti posted on Instagram a picture of them together with the words "Per sempre" ("forever" in Italian).

She did not disclose the cause of his death. Italian media are reporting that he had a long illness.

Rossi was the top scorer and the best player of the 1982 tournament in Spain.

At club level, the striker was also a prolific goalscorer for Vicenza. He also played for several other Serie A outfits, including Juventus and Milan.

In 2004, he was named by Brazilian legend Pelé as one of the top 125 greatest living footballers.

After retiring from football in the late 1980s, Rossi worked as a pundit for Sky, Mediaset, and Rai.