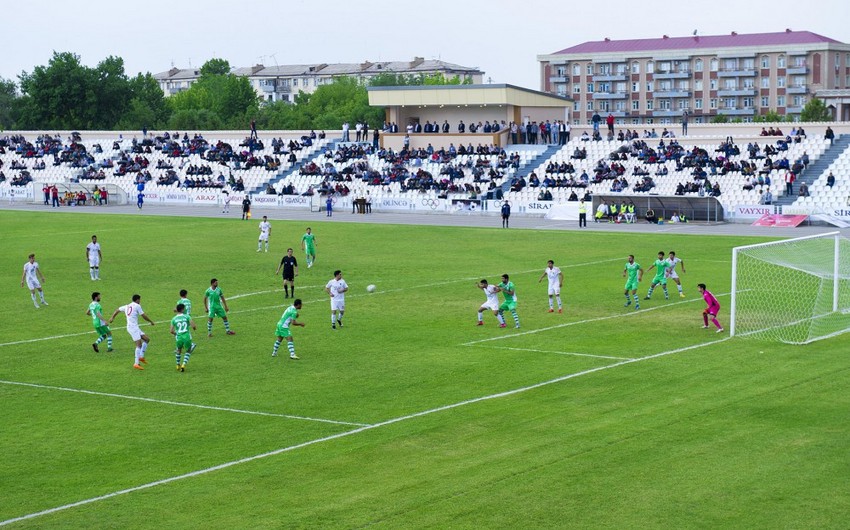 Baku. 5 May. REPORT.AZ/ The cup of the football tournament dedicated to 94th anniversary of nationwide leader Heydar Aliyev to be held in Nakhchivan Autonomous Republic was presented today.

It was noted that 6-8 teams will participate at the tournament starting on May 26. According to regulations, the teams will be divided into two groups. The winner will be awarded with the cup, those taking 2nd and 3rd places - with medals. Also winners in other nominations will also be awarded.

Height of the cup produced in Turkey is 83 cm, weight - 12kg. Heydar Aliyev’s picture has been reflected on gold-plated main award.

“Neftchala” was the winner of the tournament last year.