First round of UEFA Nations League to be completed 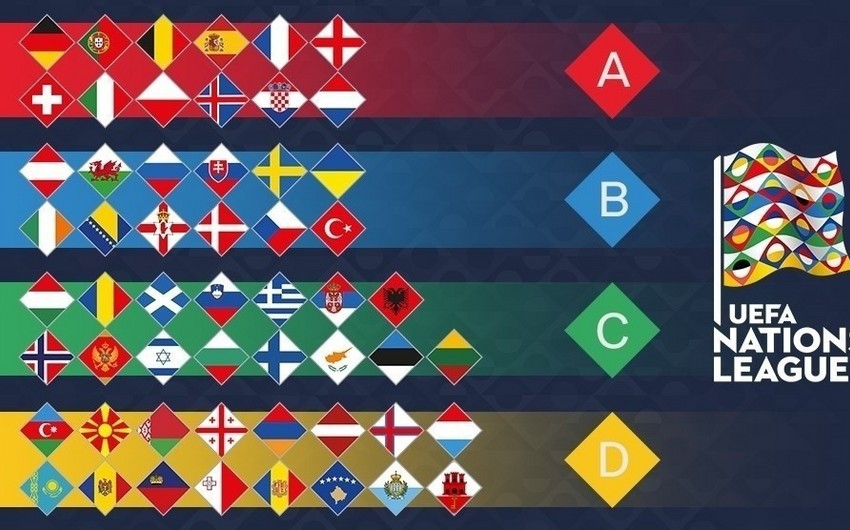 Baku. 8 September. REPORT.AZ/ The first round of the UEFA Nations League will be completed today.

Report informs that seven matches will be held on the third day.

The Belarus-San Marino and Luxemburg-Moldova matches will be held in D-league which involves Azerbaijan.

The most amazing encounter is expected in A-League. England will face Spain before its home fans.