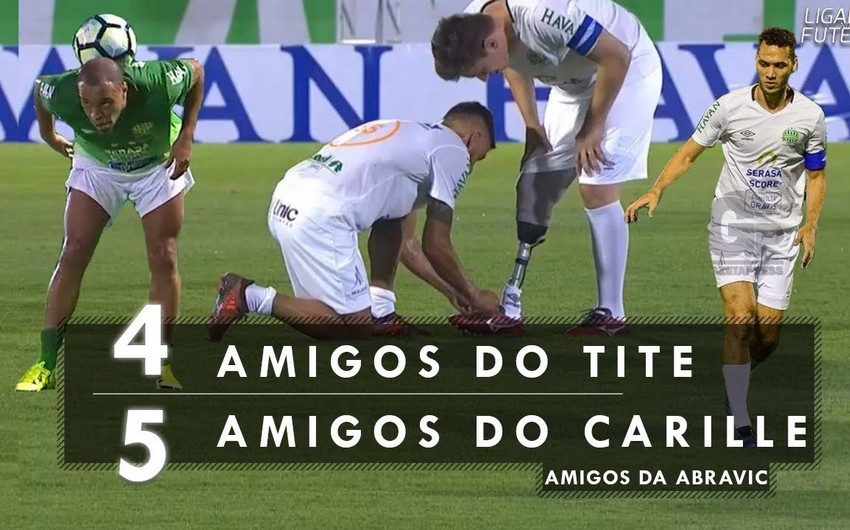 Report informs, 25-year-old player scored a goal in charity match. Apart from Follmann, whose leg was amputated after plane crash on November 29, 2016, other midfielders who survived the accident Alan Ruschel and Helio Zampier Neto played on the match.

The plane carrying the members of Chapecoense club to play in the final match of South American Cup has crashed in the mountainous region near Medellin in Colombia, November 26, 2016. Twenty three footballers and coaches lost their lives as a result of crash.

Among the dead footballers were Filipe José Machado and Willian Thiego de Jesus, who used to play for Azerbijani clubs of Inter and Khazar Lankaran.

Six people survived of 77 people on board. Three of them were footballers.