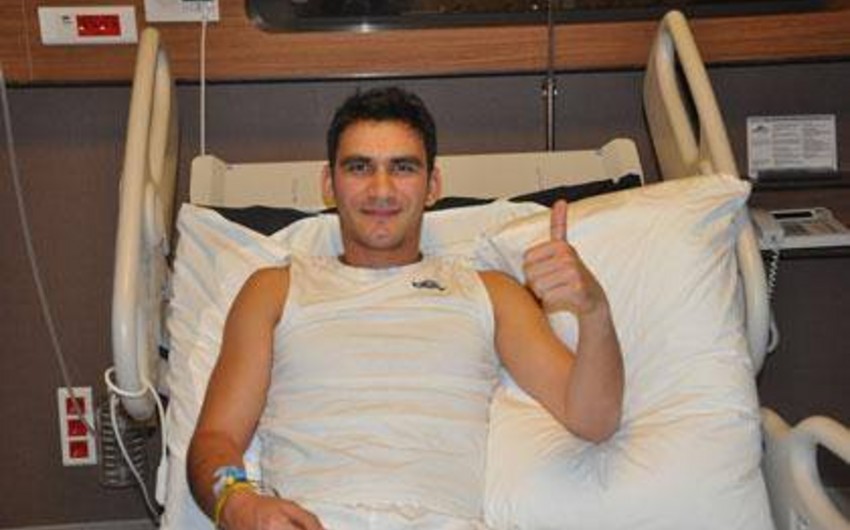 Baku. 11 December.REPORT.AZ/ A footballer of Azerbaijani national team and "Gabala" football club Ruslan Amirjanov was operated in Turkey. Report informs referring to the official website of the club, 29-year-old footballer was operated in "Ajibadem" Fulya Hospital, Istanbul. The operation carried out by traumatic surgeon, professor Omer Tasher is successful.

Amirjanov is expected to play in the green fields in a month.

Ruslan Amirjanov was injured in training camp in Germany before the matches with Italy and Croatia in Euro 2016 qualifying round. He suffered from the trauma for about 2 months. He went to Turkey with the meniscus diagnosis. After the examination, the player was diagnosed with hernia in meniscus and the necessity of operation was revealed.