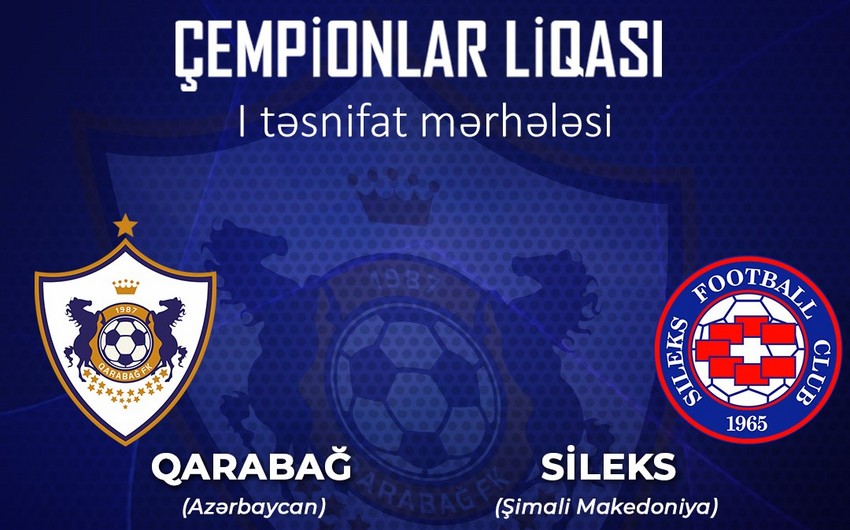 According to Report, this will be the first qualifying round of the UEFA Champions League. Azerbaijani champion Garabagh will host Northern Macedonia's Sileks. The match at the Republican Stadium named after Tofig Bahramov starts at 20:00.

While Garabagh has been playing in the Champions League for the seventh consecutive seasons, Sileks participates in the tournament as a silver medalist since the champion of Northern Macedonia Vardar did not pass the license.

As the qualifying phases consist of one game, the match in Baku will be decisive in the next round.

The winner of this pair will face the victor of the duel Sheriff (Moldova) - Fola Ash (Luxembourg) in the second qualifying round.