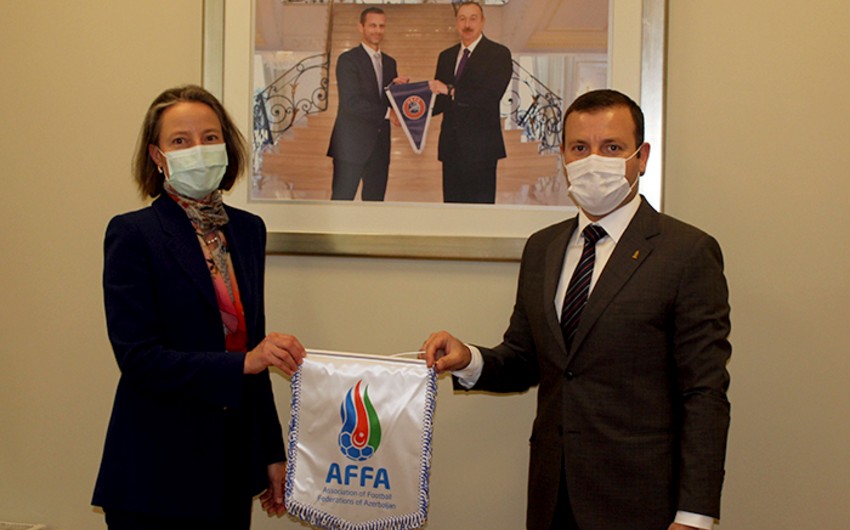 “I’m very glad that the Swiss national team will play in Baku,” Ambassador of Switzerland to Azerbaijan and Turkmenistan Muriel Peneveyre said in an exclusive interview with Report talking about her expectations from the UEFA European Football Championship.

“This is important, because bilateral relations between countries are not limited to political, economic, scientific and cultural relations, but also involve people-to-people exchanges. I hope that the Swiss national team’s matches in Baku will contribute to strengthening the links between our two countries, even if at the time of the COVID-19 pandemic, the possibility to travel is unfortunately limited,” she noted.

“In terms of sporting results, of course, I support the Swiss team and wish them success! I look forward to a competition which celebrates the values of sport, like individual and collective performance, fair-play and respect,” she added.

She also expressed satisfaction with the preparations for Euro 2020: “I met with the Executive Vice President of AFFA (Association of Football Federations of Azerbaijan) Elkhan Mammadov on April 22, 2021 and could see that the preparations for this important competition are being conducted in a very professional manner.”

The Swiss national team will play on June 12 against Wales, and on June 20 against Turkey. Turkey-Wales match will take place at the Baku Olympic Stadium on June 16, and the quarterfinals will be held on July 3.