AFFA President: 'Club managers have to change their views and to operate as a football organization'

AFFA President: 'Club managers have to change their views and to operate as a football organization' 'We achieved some progress in our activity regarding football education, infrastructure projects and increasing popularity'
2093 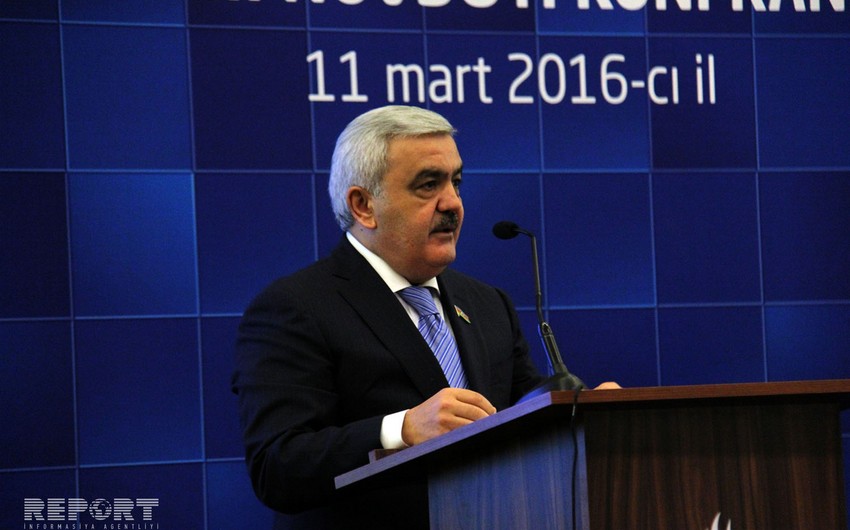 Baku. 11 March. REPORT.AZ/ 'Projects, carried out for development of football in the country have been continued during the reporting period. We achieved some progress in our activity regarding football education, infrastructure projects and increasing popularity'.

Report informs, AFFA President Rovnag Abdullayev said at the next Report-Election Conference of the assosiation.

R.Abdullayev has mentioned the opening of training center for national teams, which had been built in Mardakan as well as holding 2 matches of national teams at Baku Olympic Stadium: 'In one of these matches, during match with Italian team, record observed for number of fans. About 50 thousand fans watched the match. I am grateful for transferring this stadium to the balance of the AFFA and for the trust shown'.

Along with achieving of the European League group stage by 2 Azerbaijani clubs last season, R.Abdullayev emphasized that hardening of financial situation of the clubs is cause of concern: We continue search on sponsors at present. Club managers have to change their view and to operate a club as football organization. We should actively work on this issue'.

AFFA President expressed his confidence in high level organization of the U-17 Football European Championship in Baku on May 5-21 and stressed that Azerbaijan will hold decent place in the continental football family.