300 Irish fans will travel to Baku 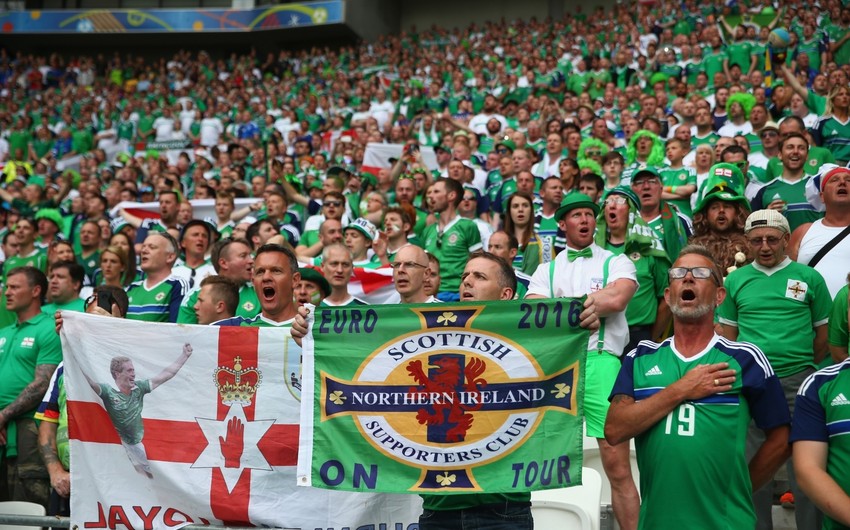 Baku. 8 June. REPORT.AZ/ Over 300 fans will travel to Azerbaijan to support Northern Ireland team at 2018 World Cup qualifier against Azerbaijan.

Report informs citing the official website of the Northern Ireland Football Association, Northern Ireland supporters will be seated in sectors 27 and 28 of the Republican Stadium named after Tofig Bahramov.

The guide for fans includes advice on travel, security and Baku city in general. "The change of venue to the Tofig Bahramov Stadium came late in the day, however on this occasion this has proven to be favourable since it’s much closer to the city centre and easily accessible by the Metro system".

The guide features easiest and most convenient way to get to the stadium, Fountains Square, through Baku Metro system as well as welcomes from the team's manager Michael O’Neill and Gary McAllister Chairman, AONISC (Amalgamation of Official Northern Ireland Supporters' Clubs).

O’Neill notes importance of the match, while McAllister says "whilst Baku is quite a secular city and welcoming to visitors, we should bear in mind the need to be respectful in our behaviour, especially in parts of the city which aren’t tourist centric" and notes contact the British Embassy if need assistance.

Notably, Azerbaijan - Northern Ireland match will be held on June 10 at 20:00.