Zakir Nuriyev: Liquid funds will be shared among market participants

Zakir Nuriyev: Liquid funds will be shared among market participants According to him, solution of liquidity problem enables to decrease interest rates
314 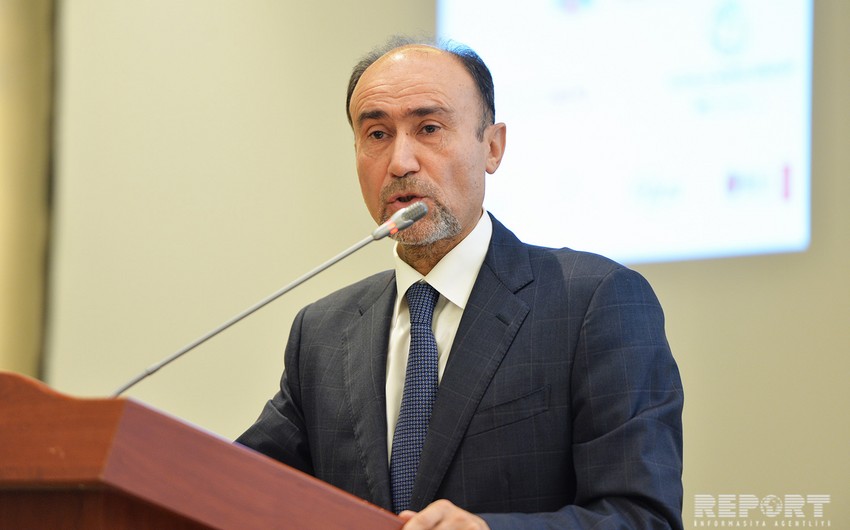 Baku. 6 October. REPORT.AZ/ “When new economic situation was created in Azerbaijan in 2015, the state did what was necessary to do for getting the financial sector of the country out of the situation it has faced.”

“At the time of new economic situation the Strategical Road Map was adopted, Financial Stability Council for controlling financial sector was established and necessary measures are being implemented. In order to expand financial resources of the banks and increase their access to recourses in manat, Law “On Cashless Payments” have been adopted. As a result, liquidity in amount of 4 billion AZN formed in the banking sector. There is no need already to attract funds from abroad. Banks internally attract funds in Azerbaijani manat. In the near future, interbank open auction will be launched and existing liquid funds will be shared among financial entities, market participants,” said Z. Nuriyev.

According to him, solution of liquidity problem allows to decrease interest rates in Azerbaijan:

“Micro finance institutions currently give loans with about 40% annual rate. But now formed liquid funds make it possible to decrease interest rates. If earlier, the task before banking sector was to attract funds for banking sector, the priority now is to inject these funds into the country’s economy on favorable terms.”