World Bank Regional Director: "The way to stabilize macroeconomic situation in Azerbaijan is through reforms" - INTERVIEW

World Bank Regional Director: "The way to stabilize macroeconomic situation in Azerbaijan is through reforms" - INTERVIEW "Our relations are based on sincere and genuine partnership"
1950 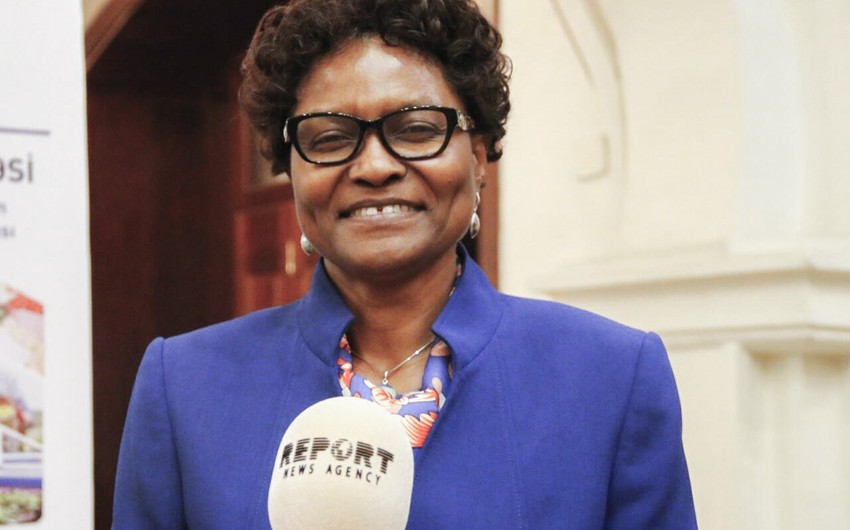 Ganja. 10 February. REPORT.AZ/ The World Bank Regional Director of the South Caucasus region, Mercy Tembo visited Ganja city. She took part in the event at the Azerbaijan State Agrarian University, dedicated to the 25th anniversary of Azerbaijan's membership in the World Bank and the 20th anniversary of contribution to the development of agriculture in country. After the event M. Tembo gave an interview to the Western Bureau of the Report.

- On the first day of the visit, you met with the President of Azerbaijan, officials in the economic block of the government. What were the main issues discussed?

- Currently we are conducting an interim review of the strategy of cooperation with Azerbaijan. At the meeting, our goal was to discuss the main issues of partnership programs with Azerbaijan. At the meeting with the President, we gave information on the results of the work done during 2 years, while talking about possible cooperation for the next 2 years.

- In your opinion, what other steps should the Azerbaijani government take to stabilize the exchange rate of the national currency (manat) and the banking sector?

- The way to stabilize the macroeconomic situation in Azerbaijan lies through reforms.

Over the past 2 years, the Azerbaijani government carried out reforms in many macroeconomic and other areas, and we know that the main reason for this was the country's sensitivity to external shocks. Once again, I want to say that reforms are necessary for any stabilization measures. "

- Does the World Bank plan to allocate additional funds for the South Gas Corridor project?

- Our relations are based on a sincere and genuine partnership, which provides for an exchange of views and positions of both sides in the course of discussions. Currently, I can not say anything about the presence or absence of such an appeal.