Vusal Gasimli: Azerbaijan's economy needs to be restructured The International Monetary Fund (IMF) has released a report on Azerbaijan under Article IV of its Charter. 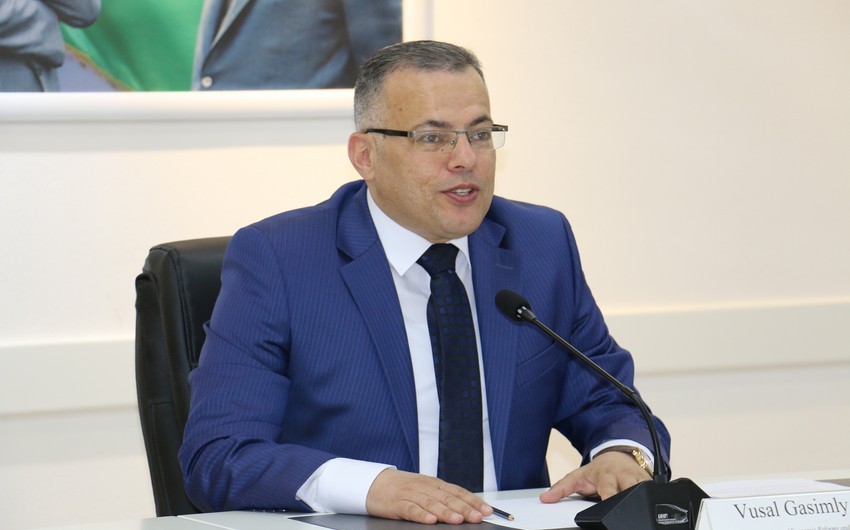 The International Monetary Fund (IMF) has released a report on Azerbaijan under Article IV of its Charter.

Vusal Gasimli, Executive Director at Center for Analysis of Economic Reforms and Communication, commented on the document's main points.

According to Gasimli, the paper notes that the Azerbaijani economy has been affected by the COVID-19 pandemic and low oil prices:

"Of course, in addition to the above reasons, last year's drought and the successful Patriotic War in response to Armenia's military provocations also had economic effects. The IMF mission believes that the Azerbaijani government has acted quickly to mitigate the impact of external shocks. After that, the goal of economic policy should be to develop the private sector, further improve the business environment, continue reforms in governance and transparency, as well as deepen economic diversification and increase the resilience of the economy to shocks by improving access to finance. As a result of ongoing vaccinations and the gradual opening of the economy, economic growth is projected at 2.3% this year and 3.5% in the non-oil sector.

"Taking into account the 2.6% contraction of the non-oil sector last year, this year's growth forecast of 3.6% shows that the non-oil sector can not only fully recover but even exceed its pre-crisis volume. This year's increase in "blue fuel" production through the Southern Gas Corridor will offset the 7.2% decline in the oil and gas sector last year. Even in the oil and gas sector, real growth is projected at 0.2%."

He said that although Azerbaijan's fiscal balance and current account balance entered the negative zone last year from the significant positive zone before COVID-19, this year, the "twin balances" are expected to recover:

"The increase in gas exports, oil prices exceeding $ 70, and double-digit growth in non-oil exports suggest that the current account surplus will reach 2.4% of GDP this year. As the cost of fighting against COVID-19 and rebuilding liberated areas increases, the consolidated budget deficit is projected to decrease from 5.6% of predicted GDP this year to 3% next year. Considering the state of the "twin balances" and import inflation, inflation is projected to be around 4% in the "corridor" targeted by the Central Bank. The role of increasing factors in the risk balance of inflation has grown. Despite the rise in actual inflation against the background of non-monetary external and internal spending factors and the growth of money supply, it remains in the target corridor. The improvement of the "twin balance" and the acceptable level of public debt also positively impact the stability of the manat, the main anchor of macroeconomic stability."

According to Gasimli, in the year of the crisis in 2020, fiscal policy was characterized by its flexibility, and automatic stabilizers responded to shocks, and even the application of budgetary rules was suspended:

"However, in the long run, it is possible to achieve fiscal consolidation through the development of new fiscal rules, further improvement of public finances, increasing the efficiency of spending, subsidies, and employment in the public sector, improving tax and customs administration, and most importantly through public sector reforms. Following the "Rules for Evaluating the Effectiveness of Tax and Customs Concessions", it is intended to assess the economic and social effectiveness of existing or proposed tax and customs concessions and exemptions, along with the budget. These steps are also crucial for fiscal sustainability.

Gasimli also commented on monetary policy in the IMF report: "During the crisis, measures were taken to regulate the strike, protect consumer rights, accelerate the transition to digitalization, increase financial inclusion, promote online service channels, maintain financial discipline, further credit expansion, and support economic sustainability. Although the IMF report highlights lower interest rates and monetary easing, lending rates are still high. Capital adequacy and liquidity signs in the banking sector exceed the norm, and banks' indicators improve. Although the loan portfolio of the banking system increased by 3.8% in the first five months of this year, including business loans by 2.4%, monetary policy should contribute more to economic activity and the real sector in the short term, as well as increase monetary transmission capacity."

In conclusion, Vusal Gasimli touched upon structural reforms in the IMF report: "The depletion of oil reserves, the digital transformation, the "green" development paradigm, and the reintegration of Karabakh make it necessary to restructure the Azerbaijani economy based on new national priorities approved by President Ilham Aliyev."