Income of Russia's population rapidly declines On April, real incomes of the population decreased by 4% and retail sales - by 10%
161 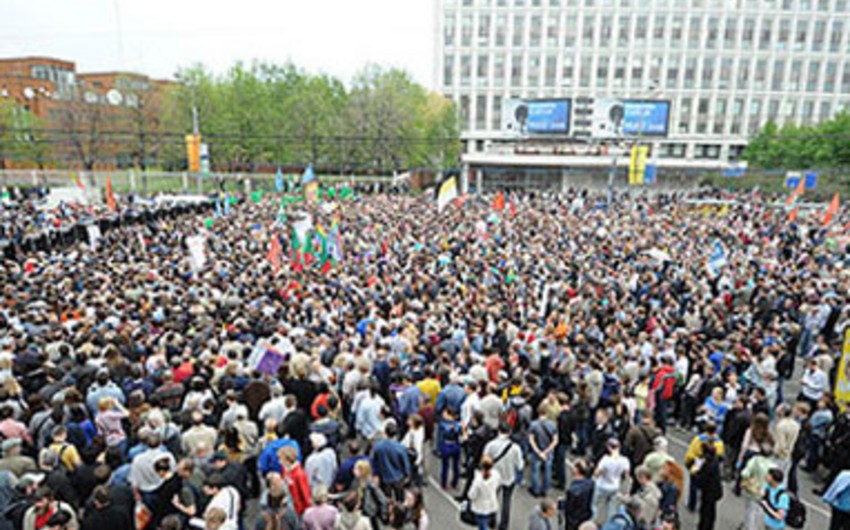 Baku. 23 May. REPORT.AZ/ In April  the income of Russia's population decreased by 4% . According to the Russian Federal State Statistics Service, calculations were made taking into account inflation and mandatory fees.  Decrease continues for 6 months.Last time the growth in income of population was recorded in October 2014.

Report informs that the decline population's real income accelerated every month since the beginning of 2015. So compared with the same period last year a decrease in January by 0.8%, 1.6% in February, 1.8% in March and 4% in April was observed.

As a result, an overall decrease in the first 4 months was 2.2% in annual comparison.Income of Russia's population in 2014 decreased by 0.8% in total.

Taking into account inflation, real wages decreased by 13.2% compared to April last year.So, in April, the annual inflation amounted to 16.4%.

The volume of retail sales as a result of a decrease in the solvency of the population in Russia in April decreased by 9.8% compared with the same period last year and compared to the previous month - by 2.6%.

More than half of the money, or 1,066 trillion rubles population spent on food and tobacco products.

Nominal income of the Azerbaijani population amounted to 9 455,9 million manats in the first quarter.

This is more by 4.1% compared with the same period last year.During this period, inflation was 2.8%.The average monthly salary was 444.5 manats in the first quarter and that is by 4.2% higher compared to the last year.