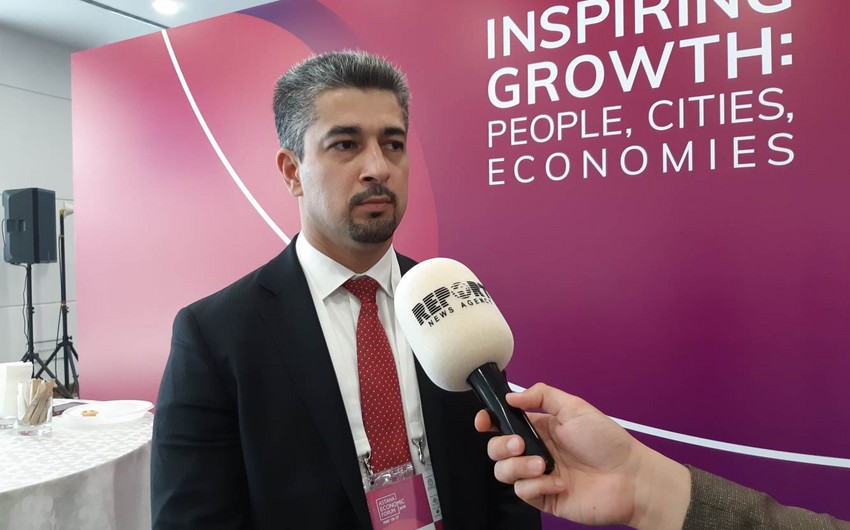 Principal Economist at the Islamic Corporation for the Development of the Private Sector (ICD) Dr. Elvin Afandi’s interview with Report

- How do you assess the situation in the field of Islamic Finance?

- I think the past 20 years were the golden period for the Islamic Finance. Annual growth of Islamic finance assets was two-digit. The growth was particularly observed in the Islamic Banking. Although this rate slightly slowed in the recent times, today, total assets on Islamic Finance are more than $2 trillion. At the same time, new fields of this financing started to develop. For example, one of the widespread Islamic Finance instruments is ‘Sukuk’ bonds. Moreover, ‘green sukuk’ bonds have also been attractive.

Global crisis that was observed in the past 20-25 years did not affect the Islamic Banking because the Islamic Banking is a concept created on the basis of risk sharing. Both lender and borrower takes risks. Another reason is related to subjective factors. So, the crisis started in the West and affected big financial institutions. However, I would like to add that it’s not true that Islamic Banking has never faced crisis. There are the facts in the world practice that Islamic banks were shut down due to crisis.

- How is the situation with the application of Islamic banking in Azerbaijan?

- As for Azerbaijan, Islamic Development Bank Group has done a lot of works for creation of Islamic Finance ecosystem in this country. Generally, the Islamic banking mainly consists of investments towards assets. Hence, opening of Islamic bank in Azerbaijan without relevant legislation is not effective in terms of economy.

If necessary amendments are not made in law, such assets may be involved in double taxation. In case of existence of Islamic finance legislation, it will create condition for flow of low-interest finance. You know that value of capital in the Gulf countries, Malaysia and Saudi Arabia is too low.

- Azerbaijani people think that there is no interest in Islamic banking. Is it true or if it is, how are the expenditures regulated?

- There is no notion of interest in Islamic banking, but there is conceptually notion of ‘profit rate’. Mostly, people choose Islamic banks because there are interest-free or halal. For instance, North African countries, Gulf states. People living in this geography say that even if it is expensive, they will prefer Islamic banking as long as it is operated on Sharia. However, people, at the same time, tend to act rationally, want to get cheap and useful loans. For example, people are also opportunistic as in Azerbaijan. Most of them tend to Islamic banking because it has no interest or has a lower interest.

Interest rates in Azerbaijan’s banking system are too high. This is prompted by a number of factors – high operating expenditures, risks in banking sector, weak competitiveness and etc. If alternative financial services such as Islamic banking enter the country, it will cause a decline in interest rates.

- Why do you think the application of Islamic banking in Azerbaijan is not on the desirable level?