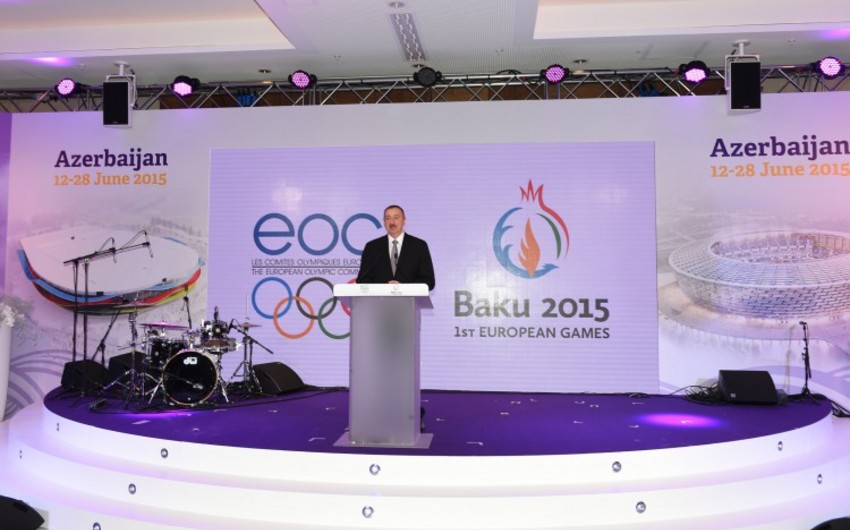 Baku. 23 January. REPORT.AZ/ The presentation of Baku 2015 First European Games was held in Davos, Switzerland on January 22. Report informs, President of Azerbaijan Ilham Aliyev attended the ceremony. In connection with the First European Games to be held in Baku this year, the billboards dedicated to the games were stuck in various parts of both Zurich and Davos. Itallows to create the impression about Azerbaijan and its rich culture and traditions of the sport in the representatives participating in Davos Economic Forum.

Firs the guests attended the exhibition of the sculptors' bronze statues dedicated to the Baku 2015. More than 20 works our sculptors describing various sports of were in the shown in the exhibition "We all together".

The guests were presented the different editions of the Heydar Aliyev Foundation, as well as booklets on the First European Games.