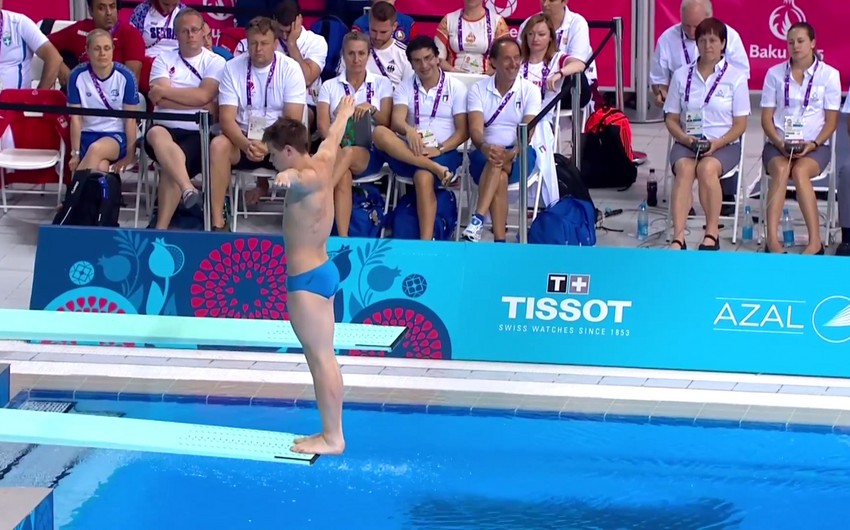 Report informs, she will compete at the competition, which to begin at 20.30 with her 11 rivals.

The first two stages in qualifying round of men's 1-meter springboard diving competition at "" ended.

Report informs, Azerbaijani representative Artyem Danilov is taking 9th place with 70,25 points. He will compete with his 12 rivals at the competition, which will begin at 19.00.

The diving competition at "Baku 2015" the First European Games started. Report informs, the winners of 8 sets of medals in this type will be known within 4 days.

On the first day of competition, men's 1-meter springboard and women's platform diving will be held. The final round will take place after the qualifying round.

At the moment, Artem Danilov is representing Azerbaijan in men's struggle. Olga Bıkovskaya will represent the host country in the women's competition at 13: 20 p.m. The final stage will respectively start at 19: 00 p.m. or 20: 30 p.m. Baku time.