Carlo Calenda: It is not possible to change landfall of TAP into Italy

Carlo Calenda: It is not possible to change landfall of TAP into Italy Italian Minister of Economic Development Carlo Calenda said 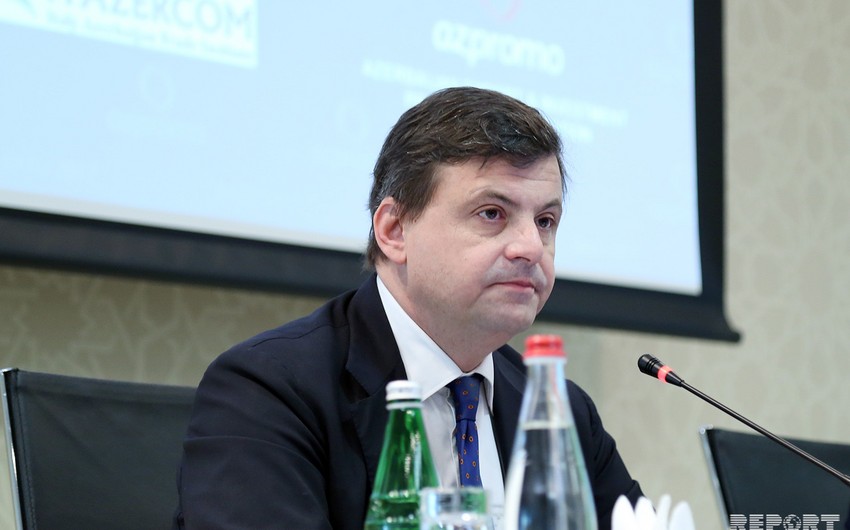 Baku. 11 April. REPORT.AZ/ It not possible to change landfall of Trans Adriatic Pipeline (TAP) from the Adriatic Sea into Italy, which will transport Azerbaijani gas to Europe.

He noted that changing this landfall would mean not building the pipeline and therefore, no changes possible.

TAP, which is a part of Southern Gas Corridor project, will initially transport the gas produced within "Shah Deniz 2" project, to Europe. This pipeline will join TANAP (Trans Anatolian) pipeline in Kipoi territory on Turkey-Greece border and cross Greece, Albania and the Adriatic Sea before going onshore in southern Italy.