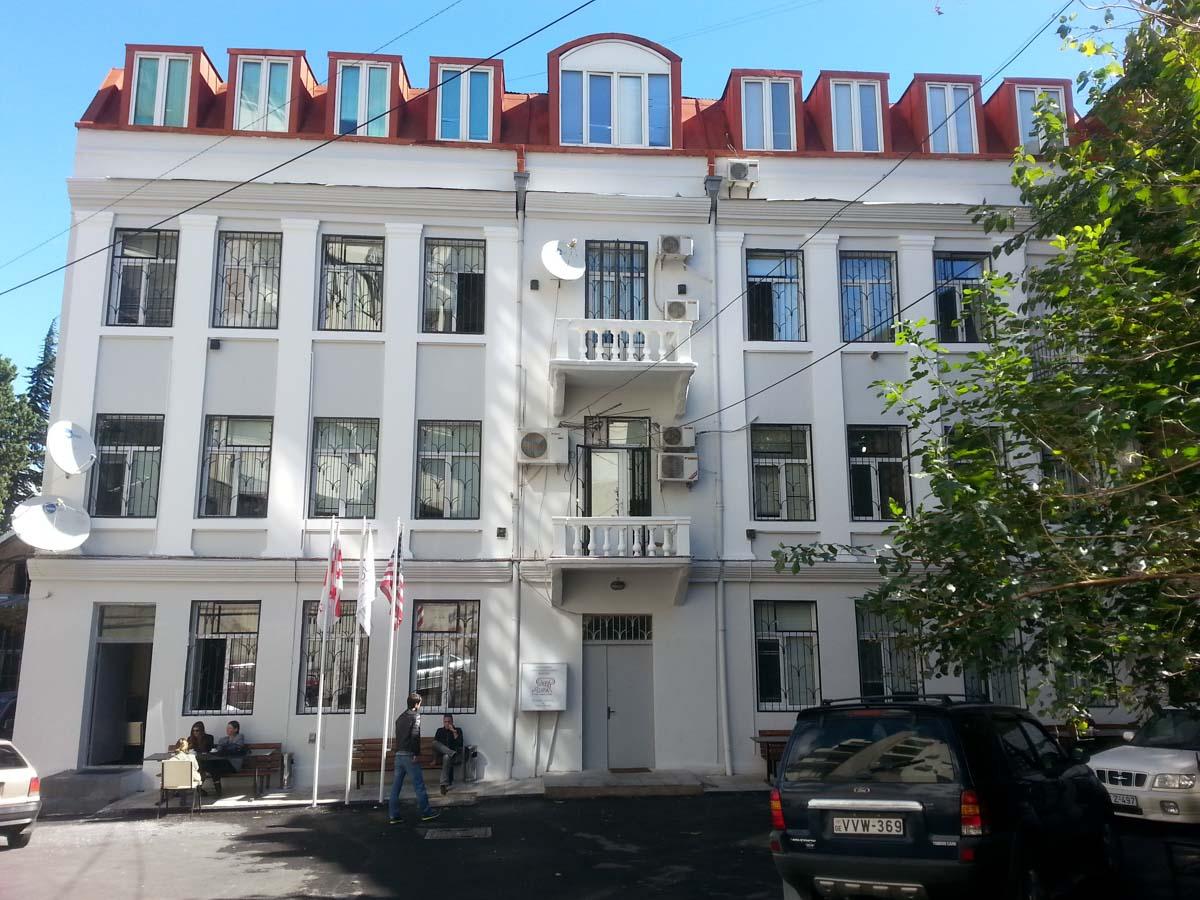 The U.S. Embassy is pleased to announce that the Georgian Institute of Public Affairs (GIPA) is soliciting applications from Azerbaijani citizens for a master's degree program in journalism and media management offered by the Caucasus School of Journalism and Media Management and taught by instructors from the United States, European Union member states, Georgia, and Azerbaijan. The U.S. Department of State funds the program. The program's overall goal is to strengthen the media in the emerging democratic societies of the Caucasus.

While a resident at GIPA, students will have access to a computer, audio and video equipment, the Internet, and a journalism library. The program will produce multimedia stories for the student media web page and air reports to Radio GIPA FM.

The program curriculum provides a hands-on, experiential approach to learning the latest techniques of fact-based, professional reporting, and writing in both print and broadcast media. Management techniques and key knowledge fields, such as economics and the judiciary, are also stressed.

Strong English language skills, as demonstrated at an oral interview, are required.

The U.S. Embassy in Baku provides tuition support and financial assistance for the duration of studies in Georgia to students who demonstrate financial need.

Entrance procedures are English language testing and an interview (in English-language) with an Azerbaijani-American admissions committee in Baku. The deadline for application is July 27, 2020.

For more information and for submitting applications, contact: Mehdi Huseynguliyev, recruitment coordinator, at

Caucasus School of Journalism and Media Management at

The Georgian Institute of Public Affairs was established in 1994 as a non-governmental, non-profit educational institution, raising a cadre of highly trained public servants and journalists to support democratic and market reforms in the Caucasus.

Caucasus School of Journalism and Media Management (CSJMM) was established in 2001 to support the development of independent media in the Caucasus using educational and training programs in journalism, communication, and media management. The school's philosophy is that journalists -- well-grounded in skills to report fairly and accurately -- will raise the level of journalism where they practice and serve the public by providing truthful information and upholding the highest ethical standards of the profession.

Since its opening in January 2002, CSJMM's English-language, the regional program graduated 130 students with master's degrees in journalism and media management. In Azerbaijan, CSJMM has graduates, who hold leading positions in the professional media. The overall employment rate is 87%. Today's graduates are well-established journalists committed to the principles of fairness, independence, honesty, and accuracy in their work for newspapers, television, and radio. The biggest employers of Azerbaijani graduates are 1News, Turan, APA and Report News agencies, Caspian Business News, BBC Monitoring, Radio Free Europe/ Radio Liberty's Azerbaijani and Russian Services.