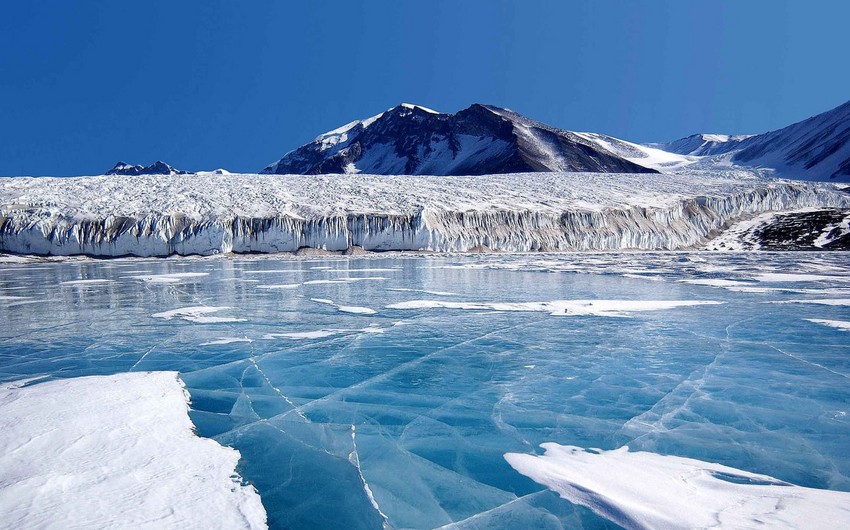 Hokkaido University scientists have identified an atypical hotspot of sub-glacier melting in East Antarctica. Their findings, published in the journal Nature Communications, could further understandings and predictions of sea-level rise caused by mass loss of ice sheets from the southernmost continent, Report says, citing RIA Novosti.

"Our data suggest that the ice directly beneath the Shirase Glacier Tongue is melting at a rate of 7-16 meters per year," says Assistant Professor Daisuke Hirano of Hokkaido University's Institute of Low-Temperature Science. "This is equal to or perhaps even surpasses the melting rate underneath the Totten Ice Shelf, which was thought to be experiencing the highest melting rate in East Antarctica, at a rate of 10-11 meters per year."

During the research expedition, Daisuke Hirano and collaborators collected data on water temperature, salinity, and oxygen levels from 31 points in the area between January and February 2017. They combined this information with data on the area's currents and wind, ice radar measurements, and computer modeling to understand ocean circulation underneath the Shirase Glacier Tongue at the glacier's inland base.

The scientists' data suggests the melting is occurring due to deep, warm water flowing inwards towards the base of the Shirase Glacier Tongue. The heated water moves along a deep underwater ocean trough and flows upwards along the tongue's base, warming and melting the ice. The warm waters carrying the melted ice then flow outwards, mixing with the glacial meltwater.

The team found this melting occurs year-round, but is affected by easterly, alongshore winds that vary seasonally. When the winds diminish in the summer, the influx of deep warm water increases, speeding up the melting rate.