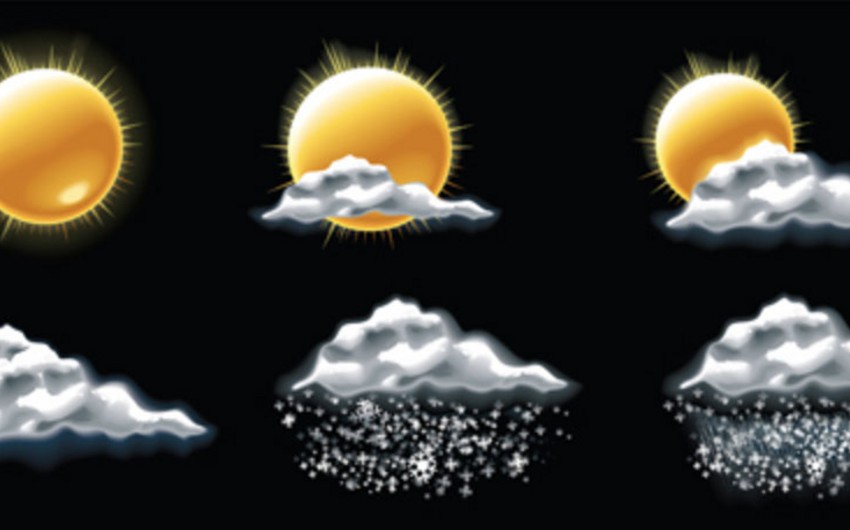 Baku. 28 January. REPORT.AZ/ The weather forecast for January 29 in Azerbaijan was announced. Report was told by the National Hydrometeorology Department of the Ministry of Ecology and Natural Resources, the cloudy and occasional rainy weather is expected in Baku and Absheron peninsula tomorrow. The variable cloudy weather is likely to be in the second part of the day. South-east wind will blow and will be replaced by mild north wind. The air temperature will be +1+4°C at night, +7+11°C in the daytime.

The rainy weather with interval is expected in Azerbaijani regions for January 29. The snow and sleet are likely to be in mountainous regions. The dry will dominate in some region in the noon. The fog will be in different places. The air temperature will be 0+4°C at night, +7+12°C in the daytime, -3-8° at night and 0+5°C in the daytime in mountains.