Temperature to drop from tomorrow

Temperature to drop from tomorrow Weather forecast for tomorrow in Azerbaijan has been announced. 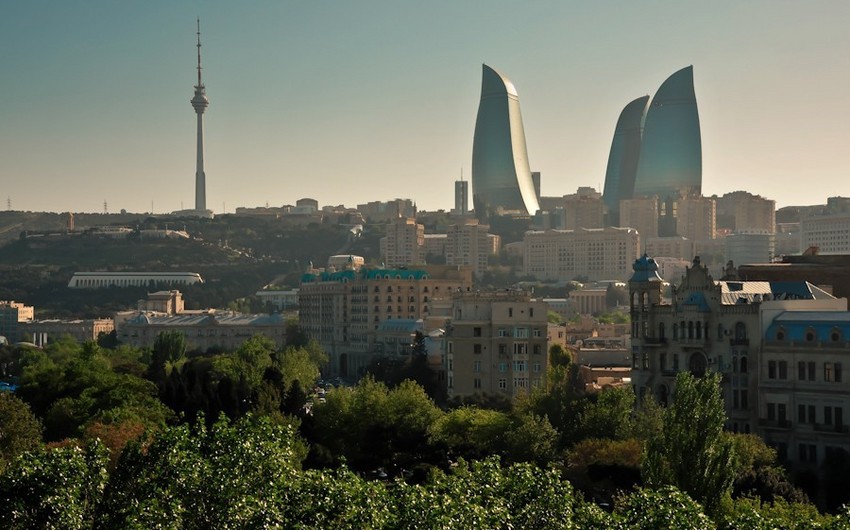 Report informs citing the National Hydrometeorology Department of the that tomorrow the weather will be cloudy and mostly dry in Baku and on the Absheron peninsula tomorrow.

Short-term rain is expected in some places of the peninsula in the morning. North-west wind will intensify in the second half of the day.

Atmospheric pressure will be below normal 750 mm mercury column, relative humidity will make 60-70 C at night and 30-35% in the daytime.

On northern beaches (Sumgayit, Novkhani, Pirshaghi, Nardaran, Bilgah, Zagulba), north-west wind will intensify in the second half of the day. The temperature of the sea water will be 24-25 degrees.

North-west wind will become south-east in the daytime.

On southern beaches (Turkan, Hovsan, Sahil, Shikh) north-west wind will blow in the second half of the day. The sea water temperature will be 26-27 degrees.

As for the medical-meteorological forecast, after several days of anomalous hot weather, the temperature is expected to drop gradually by 5-10 degrees amid strong north winds on the Absheron peninsula from June 29 to July 2, which is favorable for most of the population.