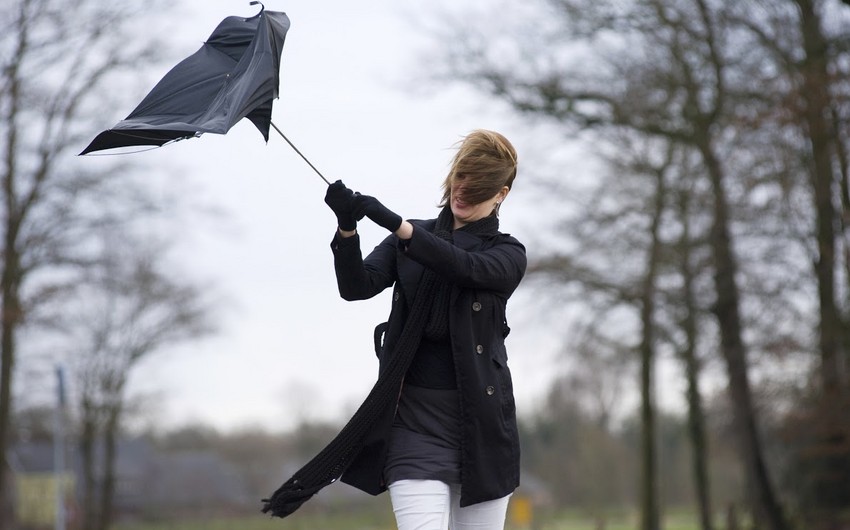 Report was informed in the National Hydrometeorology Department of the Ministry of Ecology and Natural Resources. According to the information, on February 25, the weather will be changeable cloudy and mainly rainless. Fog predicted in some places. Mild southwest wind will occasionally intensify.

Ministry of Ecology warns that, strong north-west wind will blow in Baku and Absheron peninsula since the afternoon of February 26 till the morning of February 27.

According to medical-meteorological warning from February 26 to 27 contrasting short term fluctuation of meteorological factors in Absheron peninsula and strong north wind in the afternoon will be very unfavorable for weather-sensitive people.

The weather will be mainly dry in Azerbaijani regions tomorrow. It will be foggy in some places at night and in the morning. West wind will blow and intensify in some places.

Ministry warns that windy weather will continue till morning of February 27. West wind will blow and intensify in some places.