Comet SWAN to pass closest to Earth today Newly discovered Comet SWAN is brightening rapidly and can be seen to the naked eye, as astronomers have revealed. 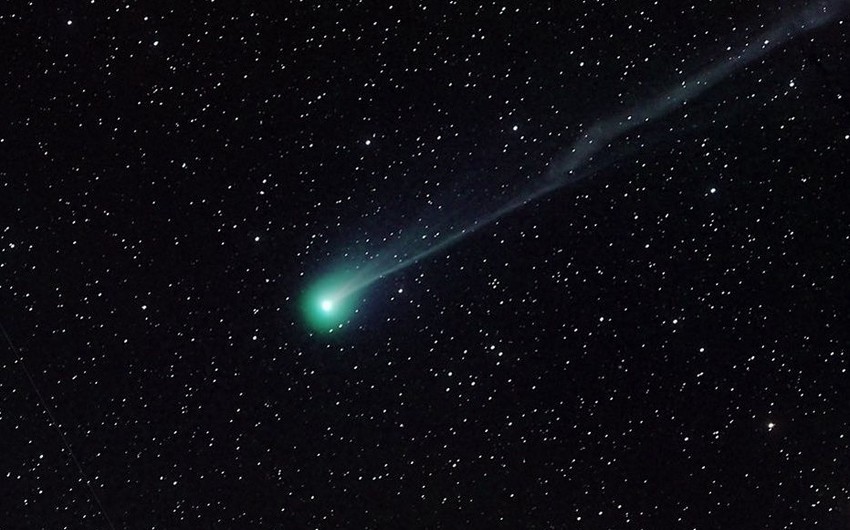 Newly discovered Comet SWAN is brightening rapidly and can be seen to the naked eye, as astronomers have revealed.

Comet C/2020 F8 (SWAN) has increased its brightness dramatically from magnitude 8 to magnitude 5.2, which is bright enough to see it with unaided eyes under dark, clear skies. Some skywatchers have already seen it with unaided eyes and through binoculars and managed to get nice photos, according to Star Walk.

According to scientists, in late May, it'll become visible in binoculars and telescopes from southern parts of the Northern Hemisphere.

Astronomers believe that Comet SWAN will get brighter in the nearest future if it doesn't disintegrate as Comet ATLAS did. If the comet continues to gain brightness at the current rate, it should turn into an apparent naked-eye object in mid-May.

As we wrote earlier, Comet SWAN promises to grace the sky in the middle and the end of May. On May 12-13, 2020, it will make the closest approach to Earth at a distance of 52 million miles (84 million km). It is predicted to reach a peak magnitude of approximately 2.5 - 3 on May 27, at perihelion (closest approach to the Sun). It will be 40 million miles (64.4 million km) away.

Given that comets are very unpredictable, the comet may disintegrate and fade out at any moment.

Discovered on March 27, 2020, this retrograde, long-period comet is increasing in brightness and is expected to reach perihelion and its maximum brightness of up to 2.5 magnitude in early July.