Armenians destroyed ancient Eastern plane trees in Zangilan "Despite the fact that we traveled 100 km during the visits and monitoring of the liberated territories, unfortunately, it was not possible to find the species of animals and birds that make up the region's fauna. More detailed research will be conducted 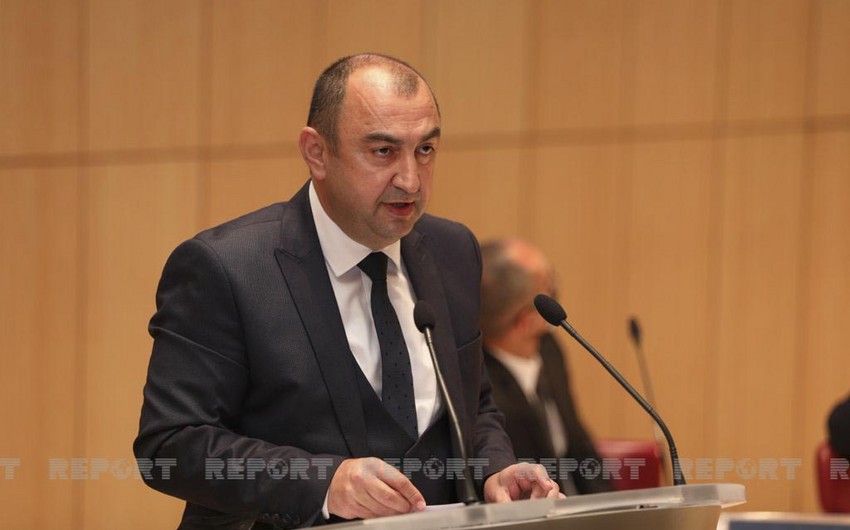 "Despite the fact that we traveled hundreds of kilometers during the visits and monitoring of the liberated territories, unfortunately, it was not possible to find the species of animals and birds that make up the region's fauna. More detailed research will be conducted in this direction after the areas are completely cleared of mines and security is ensured," Deputy Minister of Ecology and Natural Resources Vugar Karimov said at a briefing on the environment and natural resources in the Eastern Zangazur and Karabakh economic regions of Azerbaijan, informs.

According to him, 6,800 hectares of forest cover in 6 specially protected natural areas with a total area of ​​43,000 hectares have been completely destroyed, and biodiversity has been seriously damaged.

"The Basitchay plane tree forest, one of the few natural areas and the largest in the Zangilan district, was taken under state protection in 1974, and the Basitchay State Nature Reserve was established in the area. Unfortunately, the old Eastern plane trees were cut down and destroyed in about half of the reserve.

The protection zone of another specially protected Garagol State Nature Reserve has been put in an ecologically tense situation, and the intensive use of lake water for economic and other purposes during the occupation has resulted in low water levels and a sharp decline in biological resources. The research determined that the protected goldfish population in the lake was almost extinct.

In 1982, 152 ancient trees aged 120 to 2000 years, six particular valuable forest areas, and six geological-paleontological sites in the region were given the status of natural monuments and taken under state protection. These natural monuments have also been severely affected for many years, 131 of the ancient trees have been cut down, and even the roots have been burned to hide their traces. At the same time, 288 hectares of the precious Araz oak forest area were destroyed entirely. Unfortunately, the restoration of destroyed natural monuments will not be possible."

Before the occupation, more than 2,000 species of higher plants were found in the territories of Azerbaijan, which accounted for 42% of the country's flora. Seventy-two of these species are included in the Red Book of the Republic of Azerbaijan and the Red List of the World as rare and endangered species. Twenty of the plant species found in the area are endemic to Azerbaijan. About 10 of them are endemic, growing only in the Eastern Zangazur and Karabakh regions, but are not found naturally anywhere in the world. Of the fauna species distributed in these regions, 127 are rare and endangered species listed in the Red Book of the Republic of Azerbaijan.