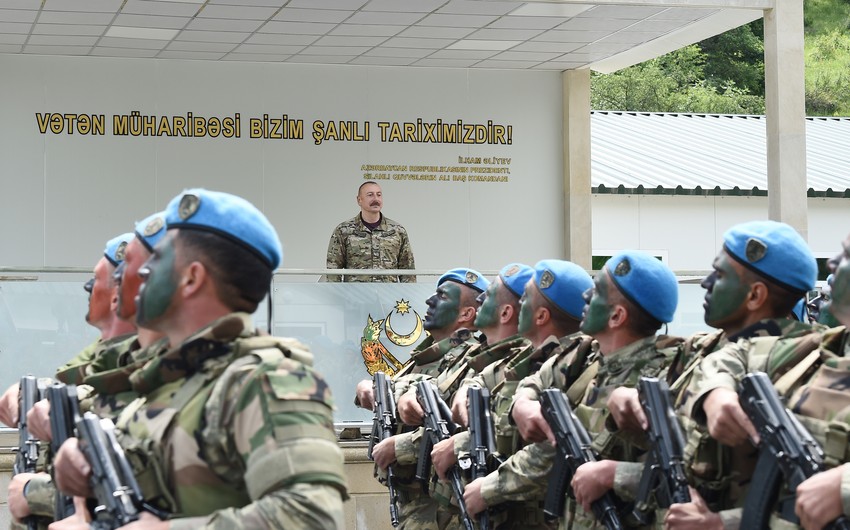 Our positions on the border with Armenia will be further strengthened, President of the Republic of Azerbaijan Ilham Aliyev said at a solemn ceremony to hand over the battle flag to the commando military unit as part of his visit to Kalbajar district, Report informs, citing AZERTAC.

The head of state added:

"The Azerbaijani Army is even stronger now, after the war, both in terms of supplies and combat capability. Therefore, we will continue to take serious steps for the development of our Army. New contracts have been signed for the purchase of the most modern weaponry. These contracts are already being implemented, new weapons and the most modern equipment are being imported into Azerbaijan. Our positions on the border with Armenia will be further strengthened. If Armenia still clings to its old tactics in the process of demarcation and tries to prolong it, it will regret it. We are closely watching the actions of revanchist forces in Armenia. Let them know that too. My words are written at the top of that mountain: 'The Iron Fist is in place, let no one forget about that.'"