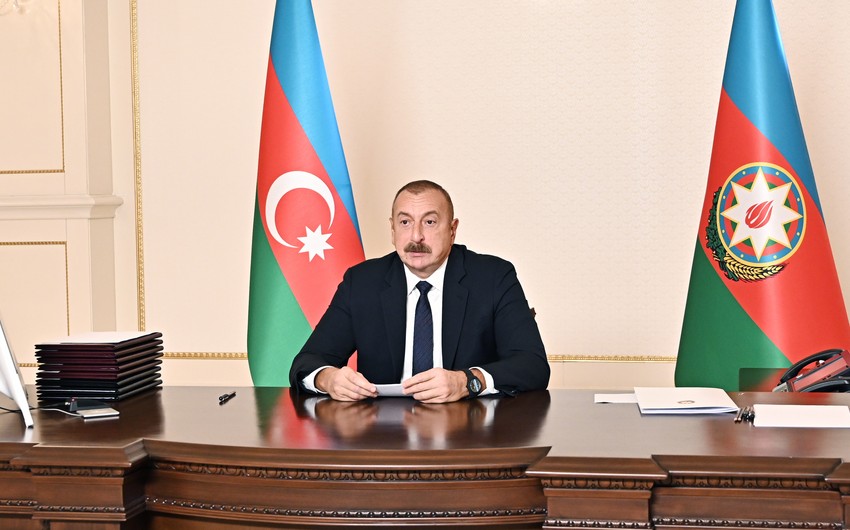 "My meeting with the president of the Islamic Republic of Iran in late November was very successful and important and opens new opportunities for the Iranian-Azerbaijani relations. It means opening a new page in our relations, friendship and brotherhood," Azerbaijani President Ilham Aliyev said while receiving a delegation led by Minister of Roads and Urban Development of the Islamic Republic of Iran, Co-Chair of the Azerbaijani-Iranian Intergovernmental Joint Economic Cooperation Commission Rostam Ghasemi in a video format on January 25, Report says.