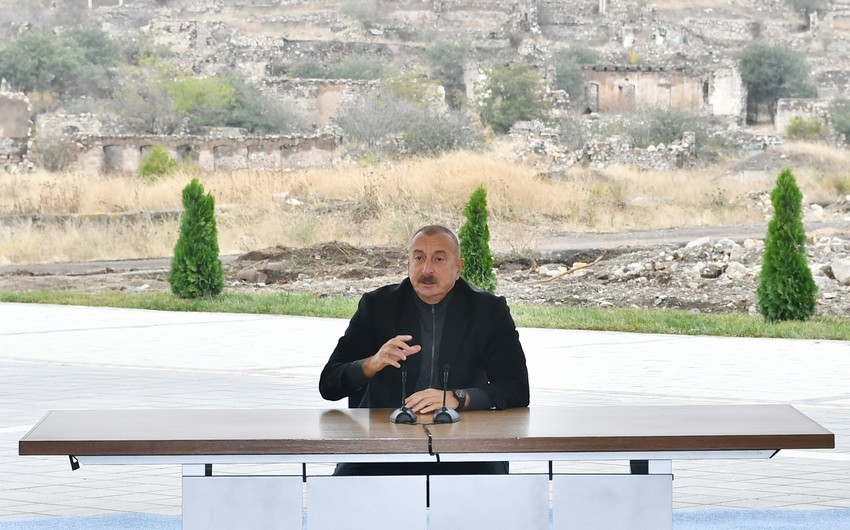 In a referendum on remaining part of the Soviet Union in the spring of 1991, the then leadership of Azerbaijan falsified the results and voted to remain in the Soviet Union, against the people's will, President Ilham Aliyev said during a meeting with the general public of the Fuzuli district, informs.

“However, Heydar Aliyev did not allow this referendum to be held in Nakhchivan. Now, look, what steps led to independence? Where did the roads to independence pass?” the head of state said.