PA official: Armenia must be held accountable for serious crimes against Azerbaijan

PA official: Armenia must be held accountable for serious crimes against Azerbaijan As Mr. President noted, the 44-day Patriotic War is a celebration of national will, national spirit, and national dignity 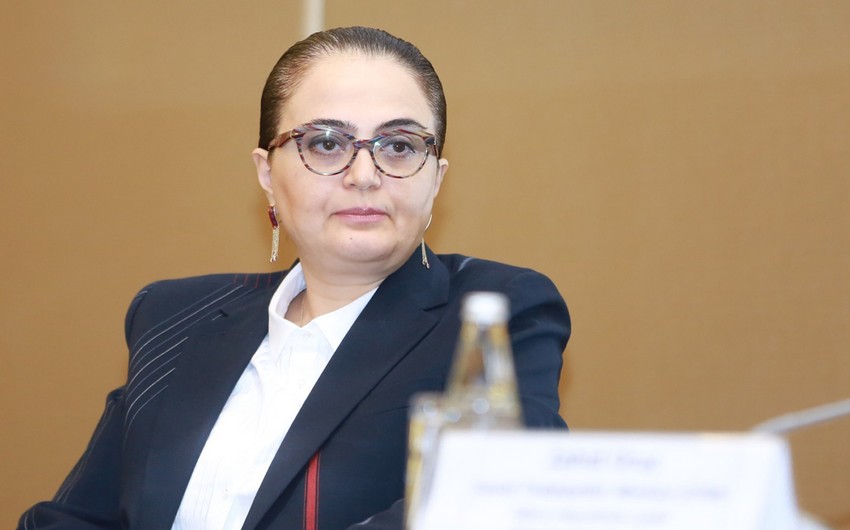 "The 44-day Patriotic War is an epochal moment that the new Azerbaijani state and the new Azerbaijani nation are kneaded with blood and soil. As President noted, the 44-day Patriotic War is a celebration of national will, national spirit, and national dignity," said Saadat Yusifova, Deputy Head of the Department for Work and Communications with Non-Governmental Organizations of the Presidential Administration, Report informs.

According to her, over the past year, the view about the renewed Azerbaijan from inside and outside has changed fundamentally, stereotypes against our country and people have collapsed, and the world has discovered a completely new Azerbaijan: "The historic speech of the President of Azerbaijan Ilham Aliyev at the 76th session of the UN is a call to justice as a universal principle that will become the main paradigm of the XXI century, and a message that every Azerbaijani thinks and wants to convey to the world. Armenia's attempts to maintain the status quo and strengthen the occupation, to change the format and nature of negotiations during the last two years of the conflict, the failure to impose sanctions on Armenia and the impunity that has prevailed for years, and the provocations it committed in July-August 2020 resulted in a new large-scale Armenian attack on Azerbaijan on September 27, 2020. In response, Azerbaijan, using its right to self-defense enshrined in Article 51 of the UN Charter, resolved the 30-year dispute through military-political means, restoring territorial integrity and historical justice. The conflict is a thing of the past."

The PA official noted that Azerbaijan ensured the implementation of UN Security Council resolutions: "It is probably the first case in the world since the establishment of the UN. There is a need to unite efforts to build a mechanism for fulfilling UN Security Council resolutions to avoid double standards and a selective approach to the implementation of documents. According to international law and the UN Charter, Armenia must be held accountable for military aggression and other serious crimes against Azerbaijan at the state level."