The 98th anniversary of the birth of the National Leader of Azerbaijan, Heydar Aliyev, was celebrated in Georgia.

An exhibition of photos of the national leader was also organized at the Center of Azerbaijani Culture named after Mirza Fatali Akhundov in Tbilisi on the occasion of Heydar Aliyev's birthday. The participants of the commemoration event will visit the exhibition.

The National Leader will also be commemorated in front of his monument in Rustavi. 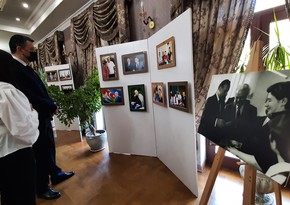