MP: "OSCE MG should adapt its activity to new realities"

MP: "OSCE MG should adapt its activity to new realities" "One of the main reasons for the failure of the OSCE Minsk Group's mediation mission was the inability to properly assess the processes in the region and the world, as well as the determinedness of the will of the Azerbaijani state and people to liberate 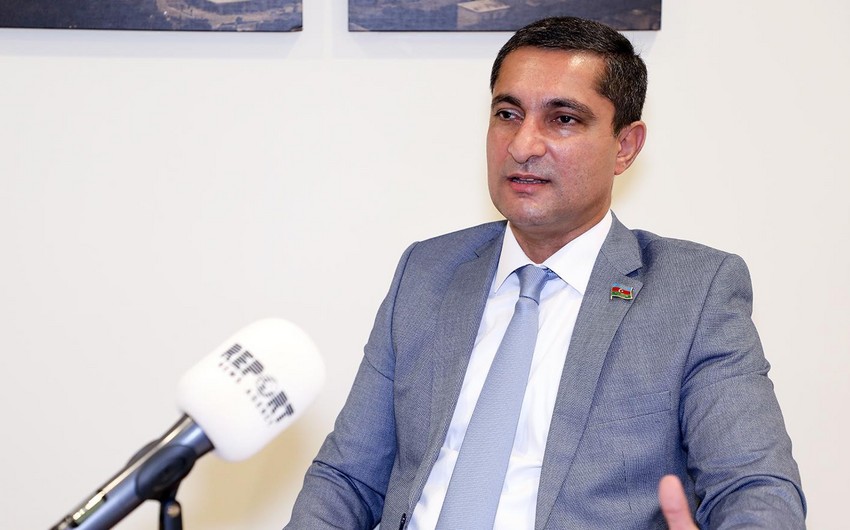 "One of the main reasons for the failure of the OSCE Minsk Group's mediation mission was the inability to properly assess the processes in the region and the world, as well as the determinedness of the will of the Azerbaijani state and people to liberate their lands," MP Soltan Mammadov told Report.

According to him, Armenia, which has kept Azerbaijani lands under occupation for nearly 30 years, and some international powers, thought that the people would eventually come to terms with this occupation. However, the Great Patriotic War showed that these ideas were completely wrong.

He noted that the socio-political stability created and the consistent reforms conducted in the economic sphere after the nationwide leader Heydar Aliyev came to power have allowed Azerbaijan to overcome the period of recession quickly. The formation of a system of public administration in the country in accordance with the requirements of the new era, strengthening positions in the system of international relations, steps taken in the field of army building were the main factors increasing Azerbaijan's strength: "Azerbaijan, on the one hand, achieved the establishment of an economic system during the presidency of Ilham Aliyev, on the other hand, increased military power and ability to influence the regional processes. At the same time, multifaceted reforms have been implemented to further strengthen trust between the state and the people. The 44-day Patriotic War demonstrated the solid foundations of the national unity and solidarity of the Azerbaijani people. One of the main factors that ensured our victory was the deep trust between the state and the citizens."

According to the MP, now is a different period for all peoples living in the region: "The restoration of economic ties and communications not only serves establishment of lasting peace and stability but also lays a solid foundation for progress and development. I think both regional countries and major powers interested in this geography should take this advantage and work together for a better future. This is especially about Armenia. Therefore, those who make revanchist statements in Armenia should refrain from such steps, taking into account the existing realities, the balance of military, economic and political forces. As the President of Azerbaijan has repeatedly stated, Armenia's revanchist efforts may lead to suicide."

He also said that Azerbaijan fulfilled the requirements of UN resolutions in the 44-day war: "The OSCE Minsk Group has not achieved any success in resolving the historic conflict. Therefore, the Minsk Group should adapt its activities to the new realities and take initiatives to ensure mutual trust between Azerbaijan and Armenia."