Eldar Sultanov: Armenian separatists committed Sumgayit events by order of pro-Armenian USSR leadership ‘All participants in the crimes have not been identified yet’ 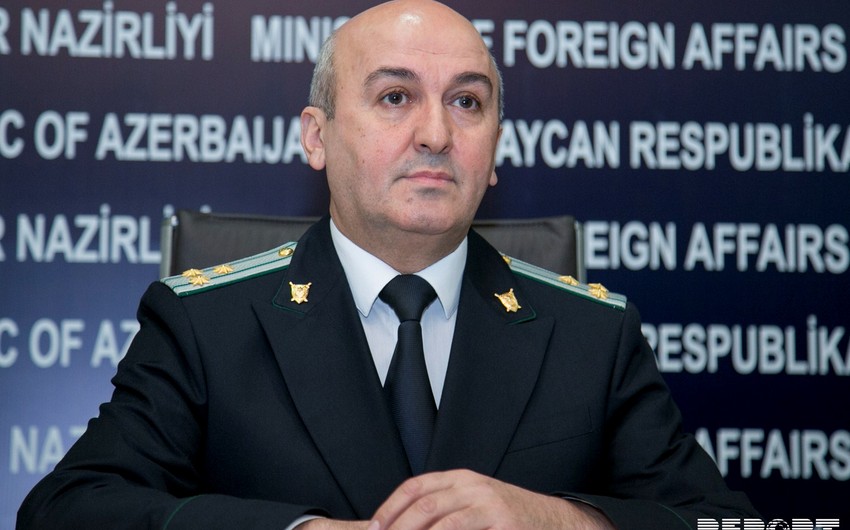 Baku. 22 February. REPORT.AZ/ "Crimes committed by Armenian and pro-Armenian forces in Sumgayit are part of Armenia's ethnic cleansing, territorial claims, terrorist and genocide policies against Azerbaijan and the Azerbaijanis for many years".

Chief of the press service of the General Prosecutor’s Office Eldar Sultanov said at a press conference in the Ministry of Foreign Affairs (MFA).

He noted that over the past years, Armenian separatists have been referring to Sumgayit events in order to justify their aggressive policy, the Khojaly genocide and other crimes committed by Armenians on Azerbaijani lands, to distort factual facts and falsify the documents: “Sumgayit City Prosecutor's Office initiated a criminal case on February 28, 1988 in connection with the riots in Sumgayit. On March 1, 1988, the same criminal case was examined by an investigative group of the USSR Prosecutor General's Office. The investigative group had made an assumption that the the events committed by the elements were ordered by the pro-Armenian leadership of the USSR as hooliganisms. Immediately after the events, information campaigns against Azerbaijan have started in Armenia, the Soviet and international media."