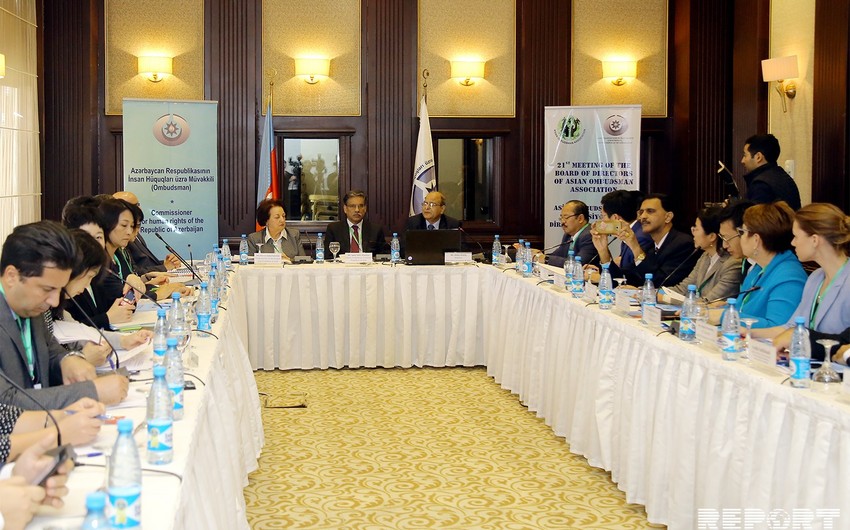 Baku. 30 October. REPORT.AZ/ Baku is hosting the 21st meeting of the Board of Directors of the Association of Asian Ombudsmen (AOA).

Report informs that ombudsmen of foreign countries which are the members of AOA, as well as representatives of state bodies and mass media participate in the event.

Prior to the event, the participants visited the grave of national leader Heydar Aliyev and the Alley of Martyrs.

Later, the final report on the last year’s activity of the Council was heard and activity directions for the next years were discussed.

Interactive discussions are planned at the second session.