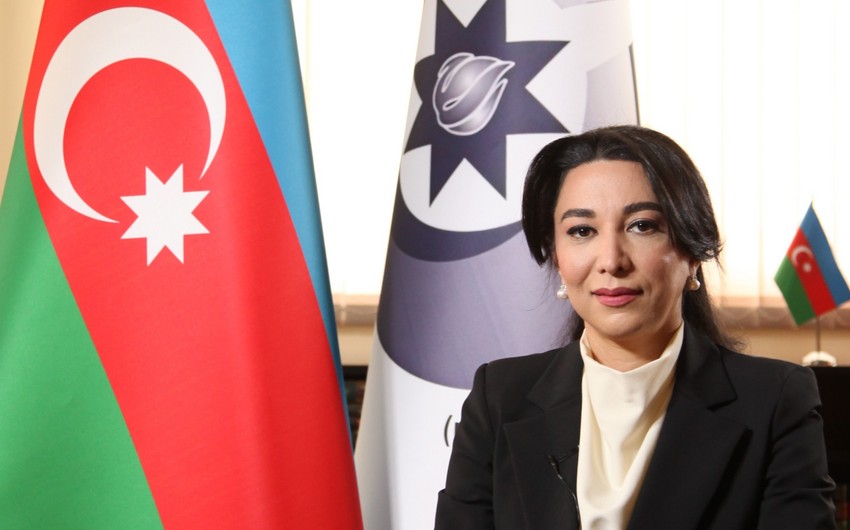 "On September 27, 2020, at 06:00 a.m. severe violation of ceasefire by the Armenian armed forces, and intensive shelling of the positions of the Azerbaijani Army, as well as densely populated areas, including Gapanli village of Tartar district, Chiragli, and OrtaGaravend villages of Aghdam district, Alkhanli, Shukurbeyli of Fuzuli district and JojugMarjanli of Jabrayil district using large-caliber weapons, mortars and artillery mounts of various calibers in order to occupy new areas have resulted with the death of numerous innocent civilians.

During the 44-days of war, Naftalan, Aghdam, Agjabedi, Beylagan, Dashkesen, Fuzuli, Goranboy, Tartar districts, and city centers have been intensively shelled by the prohibited weapons by the Armenian armed forces. Ganja, Barda, Mingachevir, Gabala, Siyazan, Khyzy, and other cities far from the front line were attacked by long-range missiles and heavy artillery. The capital city, Baku, was also a target of the Armenian rocket attacks.

Armenia, continuing to commit war crimes, was using prohibited weapons, including "Scud" and "Iskender-M" ballistic missiles, as well as white phosphorous and cluster munitions, as a result of which more than 100 peaceful civilians, including 11 children, were killed and over 450 people were wounded. As a result of the attacks from heavy artillery, 12 000 civilian objects, including 3410 houses, 120 multifloored apartments, and numerous schools, hospitals, and kindergartens in Azerbaijan, have been destroyed or were seriously damaged.

While international humanitarian law norms, including Geneva Conventions, require to distinguish between combatants and civilians, military objectives and civilians objects as the main principle, intense attacks by the Armenian armed forces on heavily populated cities and districts, Mingachevir Water Reservoir that is of strategic importance for the region, power station, pipeline and other objects using heavy artillery mounts and rockets once again proved non-compliance of Armenia, which committed war crimes, with the norms of international law.

As a result of deliberate mass fires and environmental terror acts committed by Armenia using banned chemical weapons, the environment of the Karabakh region of Azerbaijan, including clean water sources were subjected to physical and chemical pollutions, various rare plant and animal species have been extinct, the cessation of the process of self-regulation in rivers and lakes has led to the transformation of water bodies into a dead zone, harmful to all living organisms, and the ecocide has been committed. So, not only the nature, flora, and fauna of our country but also of the whole region are seriously damaged.

The Armenian military-political leadership, which had occupied 20 percent of the territory of Azerbaijan for up to 30 years, expelled more than a million civilians from their homes and violated all their fundamental rights, destroyed villages and towns, as well as cultural heritage during the occupation. Various types of mines and other explosive devices planted in our areas during the occupation period led to the death and wounding of more than 140 persons since the signing of the tripartite statement on November 10, 2020.

Refusal to fully disclose maps of landmines planted in these territories, which were once occupied as a result of Armenia's military aggression, and even burying of unmarked mines by the Armenian army, especially in civilian areas, and attempts to bury new mines through subversive groups are leading to more casualties show interest in creating new hotbeds of conflict in the region. Consequently, Armenia violates the principle of distinction of the IHL and requirements of the Additional Protocol to the 1949 Geneva Conventions and continues to be openly disrespectful to the international community.

As the Commissioner for Human Rights (Ombudsman) of the Republic of Azerbaijan, I reiterate my concern about mined areas in the liberated territories of Azerbaijan, which endanger human lives, health, and security of people.

Stressing the importance of fulfillment of obligations driven from international norms and principles of international law in good faith and mutual understanding,
I call on international organizations to investigate the facts of human rights violations committed as a result of the aggressive and occupant policy, including war crimes in severe violation of the right to a life committed by the Armenian military-political leadership that are non-compliant with UN Security Council Resolutions 822, 853, 874 and 884, UN General Assembly Resolutions "Situation in the Occupied Territories of Azerbaijan" adopted in 2006 and 2008, that ignores the appeals of the UN, the World Health Organization and other influential international organizations on the current pandemic;

Further call on Armenia to respect the internationally recognized territorial integrity of Azerbaijan, to refrain from provocative actions aimed at threatening the life and health of the civilian population, as well as at gross violations of fundamental human rights;

I further call on international and regional organizations, foreign ombudspersons, and National Human Rights Institutions to respond to the human rights violations committed by Armenia in the region, to make joint efforts for peace and global solidarity.

This Statement is addressed to the UN Secretary-General, UN Security Council, UN Office of High Commissioner for Human Rights, UN Office of High Commissioner for Refugees, UN Human Rights Council, the United Nations Children's Fund, the United Nations Educational, Scientific and Cultural Organization, European Union, Council of Europe, Organization for Security and Co-operation in Europe, International and European Ombudsman Institutions, Asian Ombudsman Association, Organization of Islamic Cooperation and the Ombudsman Association of its member states,
Independent Permanent Human Rights Commission of the Organization of Islamic Cooperation, European Network of Ombudspersons for Children, International Peace Bureau, different ombudsmen, and national human rights institutions, embassies of the Republic of Azerbaijan in foreign countries and the foreign embassies in Azerbaijan, as well as to the Azerbaijani Diasporas.