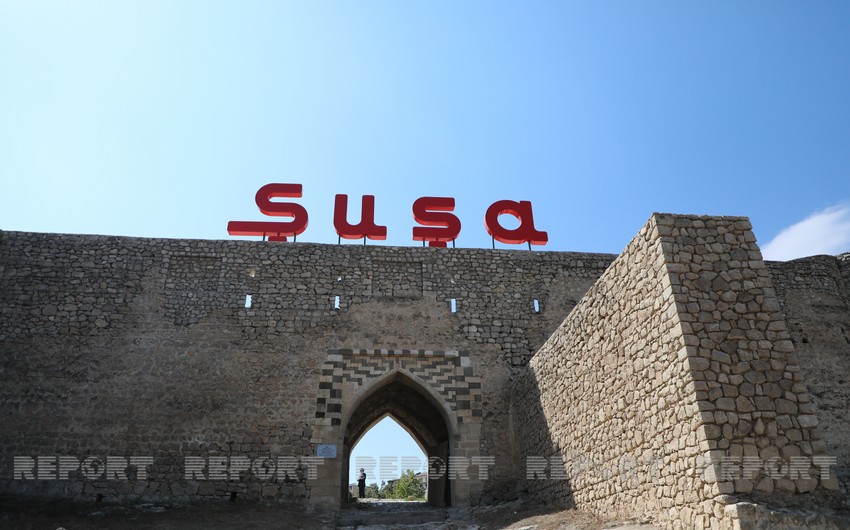 State Committee on Work with Diaspora has organized the third visit of diaspora representatives to Shusha, the Committee told Report.

The visit under the slogan "Thanks to the power of the iron fist, we are in Shusha" is one of the most significant events in the history of the Azerbaijani diaspora.
During the visit, the Diaspora representatives will visit Bazarbashi, the main square of Shusha, the Jidir Duzu (Jidir Plain), the square of the "Shot Statues" subjected to Armenian vandalism, the place where the Shusha Declaration was signed, Khurshudbanu Natava's house, Khan Gizi spring, Ganja Gate, Saatli, Ashagi, and Yukhari Govhar Agha mosques and other important places.

Our compatriots will be informed about the history, culture, prominent figures of ancient Shusha, the pearl of Karabakh, and the construction work carried out here under the country's leadership.

Representatives of the Diaspora will also meet with the soldiers of our brave army, who brought victory to Azerbaijan under the leadership of Supreme Commander-in-Chief Ilham Aliyev.

The previous visits of the Diaspora representatives to Shusha were organized by the State Committee on Work with Diaspora on July 27 and August 17. These visits are met with great interest and appreciation by Azerbaijanis around the world, as well as the Azerbaijani public. Upon their return, our compatriots write letters to the ambassadors of their countries, sharing their impressions and urging them not to remain silent about the atrocities committed by Armenians in the Azerbaijani lands kept under occupation for 30 years.

The State Committee will organize regular visits of foreign journalists and representatives of the diaspora to Karabakh.