YARAT hosts discussions on architectural development of Baku Aurelia Bouchez: This project was held for several years in over 50 countries
1203 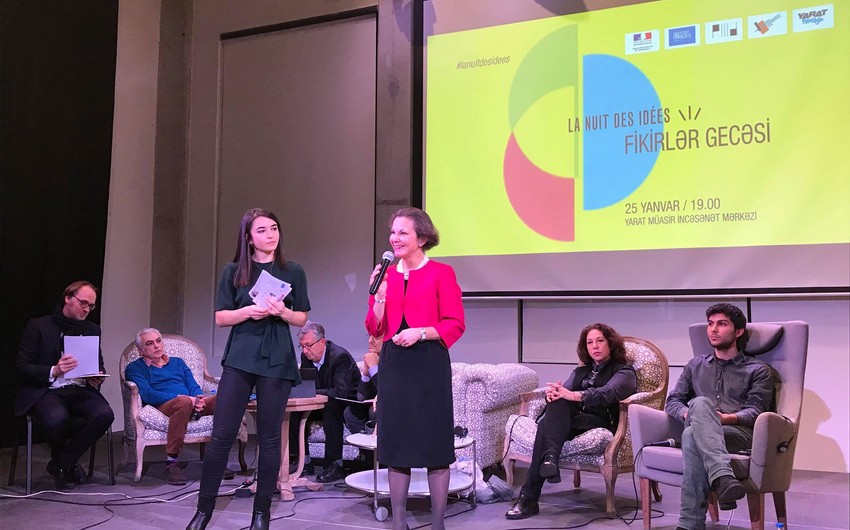 Baku. 26 January. REPORT.AZ/ Debate on the theme "The Architect, the Artist and the Citizen: Thinking the City" took place inYarat Contemporary Art Centre.

Report informs, the event was organized by second edition of the Night of Ideas, created by the Institut Français (Paris) will gather leaders, researchers, artists, architects and decision-makers around the world to discuss on the theme: "Imagination to the Power".

Opening the event, the French Ambassador to Azerbaijan Aurelia Bouchez noted that this project has been held for several years in more than 50 countries.

According to her, today's event is designed to bring together artists, architects, urban planners, students, or a curious citizen, join us to discuss the place and role to be given to the imagination in the transformation of the city of Baku and in the preservation of its rich historical heritage.

For the last 10 years, the city of Baku has been a hotbed of major investments and changes, which significantly changed the architectural appearance of the city. As an example, modern residential buildings and cultural institutions conceived in the original style can be cited. During the debates, the participants discussed the tasks and prospects created by the population growth and expansion of the city, exchanged experience about today's and tomorrow's city and the ability of society to turn it into a space where there are favorable conditions for people and the environment.

The debates were attended by both Azerbaijani and French architects. 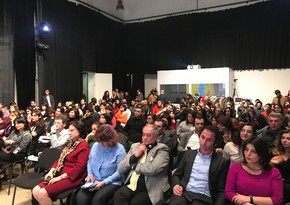 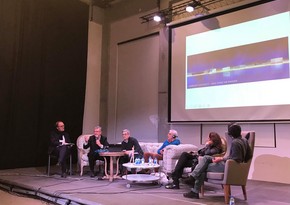