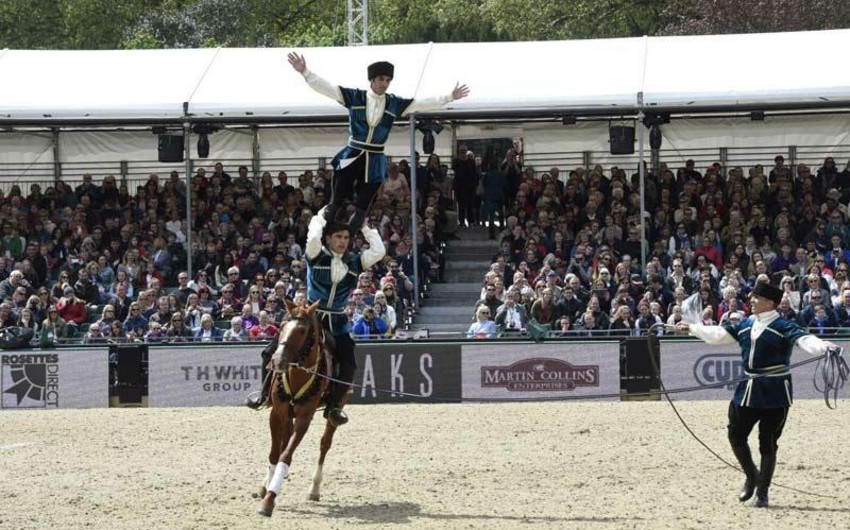 Baku. 19 April. REPORT.AZ/ This year’s Royal Windsor Horse Show, which takes place from May 9 to 13, will feature a spectacular line-up of displays for its 75th anniversary, including performances from the Equestrian Federation of Azerbaijan, with performance ‘Land of Fire – Azerbaijan’. Report informs citing the British media.

The display celebrates the Karabakh horse, the native horse of southwestern Azerbaijan. Ten horse and rider combinations will be seen combining fast paced movements with tight turns and perfectly timed executions. They will be accompanied by the ‘Sarhadchi’ dance ensemble who will be performing traditional dances alongside two fire-jugglers performing a spectacular fire show. The performance, choreographed specifically for Royal Windsor Horse Show, demonstrates the strength and bravery of the Karabakh horse, and the courage and peacefulness of the Azerbaijan people.